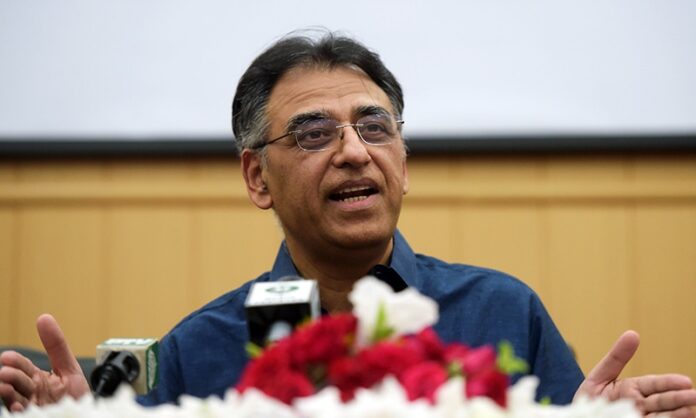 Former Federal Minister and PTI’s Secretary General Asad Umar said Saturday the Punjab government would perish automatically once the by-polls on twenty seats of Punjab Assembly (PA) are conducted.
In a statement on Twitter, the PTI leader said party has subjectively overviewed the [ground situation of] twenty Punjab Assembly constituencies, adding that PTI would win majority of seats.
“[We] have subjectively overviewed the twenty constituencies of Punjab Assembly [in which by-polls are taking place], Pakistan Tehreek-e-Insaf is clearly in a position to win majority seats,” Umar said in his tweet.
“By the will of God, Punjab’s fake government’s days will be over after these by-polls,” he added.