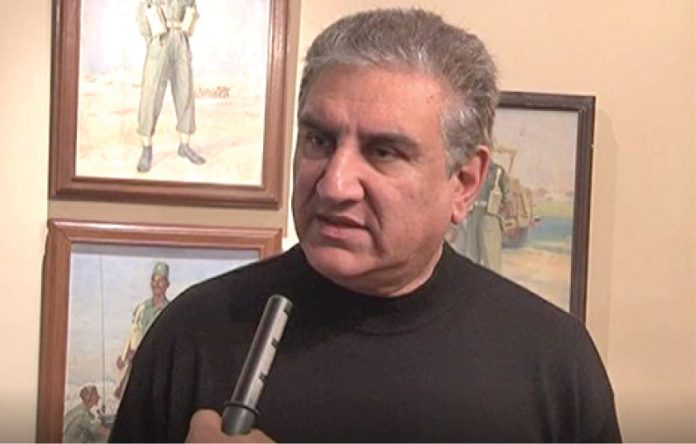 ISLAMABAD
Pakistan Tehreek-e-Insaf (PTI) leader Shah Mahmood Qureshi said on Friday that ‘there is something cooking in Islamabad’ and he was leaving for the federal capital.
Qureshi held a press conference in Multan to denounce the ECP decision to postpone by-elections in 10 National Assembly and 3 provincial assembly constituencies.
While the PTI leader — whose daughter is contesting the by-election in Multan — blasted the ECP decision as unjustifiable since Multan remained unaffected by floods, he also spoke about developments in Islamabad.
Referring to the contempt of court case against Imran Khan, the former foreign minister said that two amici curiae had requested the court to dispose of the case. Qureshi said that the ‘minus one’ formula never worked in the history of Pakistan.
In the past, there were attempts to minus the PPP leaderships and then the minus one formula was applied on Nawaz Sharif, he said. In the eye of the Supreme Court Nawaz Sharif is no longer eligible to hold public office, he said.
Why do PML leaders go to London for important decisions when Shehbaz Sharif is the party president? Qureshi asked. The real power lies with the people who changed minus into plus in the by-election in Punjab, he said.
The PTI leader said that Imran Khan’s statement about the appointment of the chief of army staff was ‘twisted’ by some people.