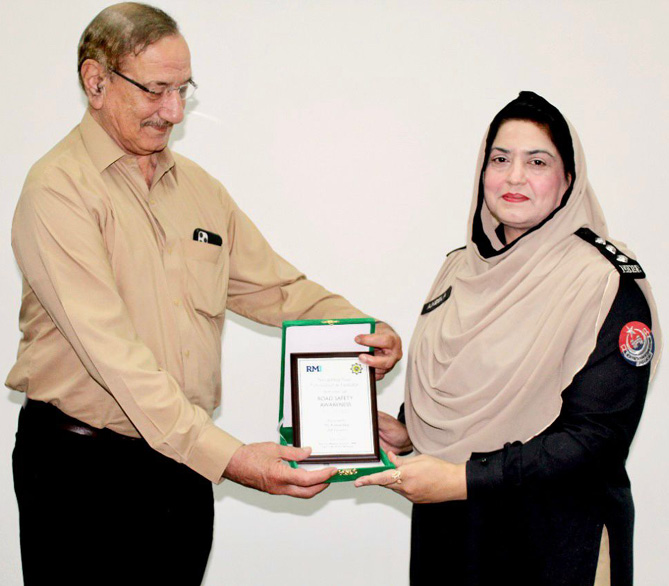 Haqnawaz Shinwari
PESHAWAR
The students of Rehman Medical Institute (RMI) have joined the traffic volunteer force of City Traffic Police Peshawar.
In this regard, a function was organized at RMI which was attended by the Chief Traffic Officer Abbas Majeed Khan Marwat.
On this occasion, Director Administration RMI Muhammad Tariq Khan, DSP Education Anila Naz and other traffic officials were also present.
Abbas Majeed Khan Marwat welcomed the participation of RMI students in the force and said that it would further strengthen the force and make more people aware of traffic rules.
Chief Traffic Officer also distributed City Traffic Police Peshawar shirts among the students who joined the force during the ceremony.
He said it was essential to create awareness among the citizens about the traffic rules as most of the people were unaware of the traffic rules and only by giving awareness to them traffic problems and accidents could be prevented.
Members of the volunteer force would make the citizens aware about other traffic rules including lane line discipline, zebra crossing, seat belt, helmet and one wheeling throughout the city.
Abbas Majeed said City Traffic Police would use all its capabilities to ensure implementation of traffic rules including providing transport facilities to the citizens of Peshawar.
The members of the volunteer force will also inform the traders in the bazaars of the city about the elimination of encroachments so that there is no problem of any kind of traffic jamming in the city.