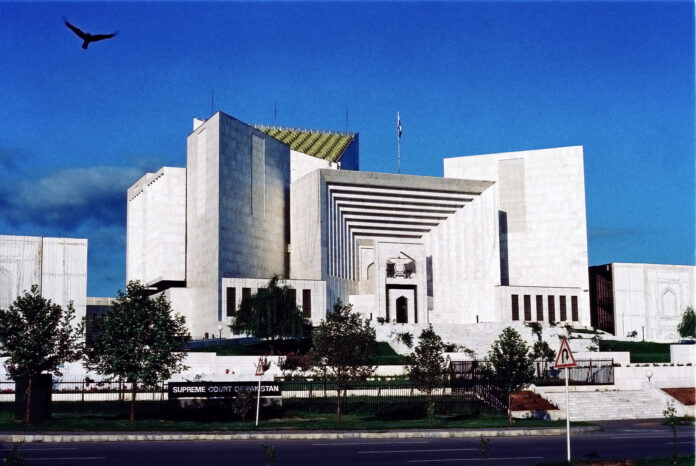 The bail plea of former SSP Mufakhar Adeel came up for hearing before a 3-member bench of SC presided over by Justice Ijaz ul Ahsan Tuesday.

Azam Nazir Tarar the counsel for victim took the plea during the hearing of the case the accused Mufakhar Adeel murdered Shahbaz Tatla in heinous way. The telephone location of the accused, purchase of acid by him and other things are proved.

Chaudhry Ramazan, counsel for Mufakhar Adeel argued there are 32 witnesses in the case. Only 13 evidences have been recorded so far. No progress has been made in the case since one year.

Justice Ijaz ul Ahsan while addressing the counsel of the accused remarked the accused was SSP and he fled after killing the victim. You with draw the petition then we order for further progress in the case.

Justice Qazi Muhammad Amin while addressing the counsel for the accused remarked there are solid evidence against the accused even if there are no witnesses. Now the era of witnesses is over. Forensic reports are enough to serve the purpose of awarding punishment.

The court dismissed the bail plea of former SSP Mufakhar Adeel because of its withdrawal by the accused.

It may be mentioned Former SSP Mufakhar Adeel had killed his friend Shahbaz Tatla in February 2020. The accused had put Shahbaz Tatla in the acid after murdering him and later threw the body substance in a gutter.

How the law of reinstatement of government employees is in line with constitution: SC