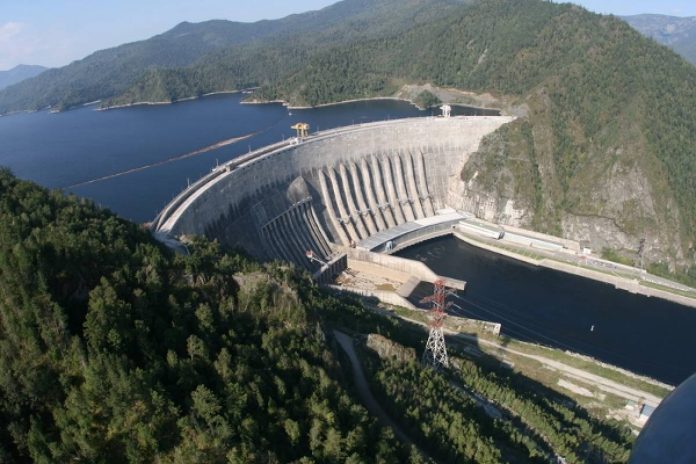 Peshawar
Senator Dost Muhammad Mehsud has called upon both the Provincial Government of KPK and the Wapda authorities to initiate work on the much delayed and the all important Tank Zaman Dam- which if Completed would bring about Green Revolution in the Water Scared Southern region of KPK – already reeling from the adverse effects of the Climatic Changes, as accentuated by the recent devastating Floodings unprecedented in the recent history, in Tank and Dera Ismail Khan Region.
He lamented this fact that, Ex-Priemer Imran khan had given Principle Approval to the Construction of Said Dam, during my meeting with him last year on the need for initiating the work on this dam, but ironically the Project didn’t see the light at the end of Tunnel, when the Pti Government at the Centre was removed in a foreign sponsored Conspiracy,that resulted in the Scuttling of all these projects, which if Completed could have changed the very destiny of underdeveloped areas like Tank, which has had always been meted out Step Motherly Treatment by successive Governments since the very inception of the Contry way back in 1947.
He made a fervent appeal to Political parties of all aisles representing the Southern region of KPK, lawyers, Teachers,mediae persons, Social activists & NGOs, to join hands in a bid to pressurise the Federal government to release a merely Rupees 19 billions for this project, which if Completed would change the destiny of the whole Southern region of KPK and be aptly dubbed the Wheat Basket of Pakistan. Moreover, he elaborated that this Dam if Completed would protect the whole Southern region of KPK from devastating Floodings- a macabre Climatic Phenomenon, imperiling the lives of the hapless population on every Monsoons.
He called upon the Honourable People of Tank, that he would soon submit an Adjournment Motion in the Senate in order to activate the Relevant quarters to release the Funds at the earliest for the Completion of this Dam.
He made it clear in an unequivocal terms that if the Federal government didnot respond positively to his demand for the release of the funds for the Dam, then he will be impelled to knock at the Doors of Foreign Donors including World Bank, IMF, Asian Development Bank, United Nations Development Programme and US Aid, European Union etc, to convince them of them of the dire need for initiating work on this all important project , as the Tank region is the worst affected by the devastating Climatic Changes, and thus the construction of this Dam is life and death for people of the region.
It merit mention that this Tank Zam Dam was conceived during the British Raj in early 20th Century along with the Gomal Dam Zam , but the projects became the Victims of international tragedies like the outbreaks of Two World Wars in quick succession and the Phenomenon rise of Russian Communism and German Nazism, which resulted in the shift of British attention towards the Foreign Front at the cost of local developments projects.
After independence, slow pace of work on this dam got started during General Ayub era and despite many roadblocks it’s feasibility report was prepared in 1988.
The Salient Features of this project involves the Construction of 89 Meters High Earth and Rock Fill Dam with a 25.5 MW Hydroelectric Power Plant on Tank Zam River near Hinis Tangi in Tank.In this regard it will be developed in two power Houses, First Power House at Khirgai with 10.5 MW and the Second at Manzai with 15MW, with Total 25.5 MW capacity. It also includes the Construction of a 10km Power Tunnel, a 115 Kilometres Canal, Two Tail Race Tunnels of Length 792 metres and 183 metres along with the installation of Turbines, Generators, Transformers and power Control units; and Laying of Transmission lines along with roads and residential colony for staff. The proposed project is aimed to create a water Storage Reservoir to Store Flood water discharge and to irrigate about 70,000 acres of land.
The Completion Of this all important Dam will not only ensure a Green Revolution but at the same time protect the Southern region from the devastating floods, which cause losses worth billions of rupees intermittently . It is pertinent to mention that the City of Tank District would be getting clean drinking Water, with the Completion of this Dam.Ironically the residents of this City are forced to drink contaminated water from the Water Ponds meant for Cattle.
Furthermore, he called for initiating work on Chodwan and Draband Dams also . The Completion Of these Three Dams would be a Game Changer in terms to raising the living Standards of this Poverty Stricken areas by creating viable Socio-economic opportunities besides fulfilling the Agricultural, Irrigation and Power needs of more than 5 millions people of Southern KPK besides the Tribal District of South Waziristan and FR Jandola.