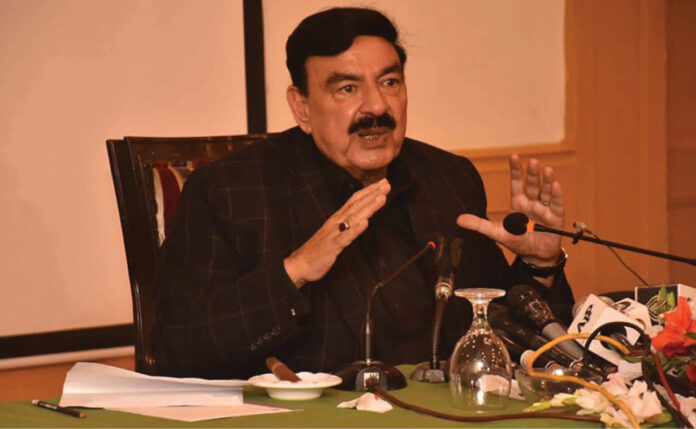 While denouncing recent increase in electricity tariff by Rs9 per unit, former interior minister and Awami Muslim League Chief Sheikh Rashid Ahmad has said that the government has fully entrapped in the IMF web harbingering that country is heading towards default.

The former minister was of the view that the real face behind the solar agency commission was the Shehbaz Sharif family. He held that Pakistan had become the most expensive country of the world.

In his tweets posted on Friday, Sh Rashid said: “The government has entrapped in the IMF web. 400 textile mills have been shut down. The country is going to default. Electricity has become more expensive with Rs9 per unit hike in its price. The real face behind the commission of solar agency is that of Shahbaz Sharif family. Their agenda is: trade with India, friendship with Israel and giving permission for drone bases.

“Inflation has risen by 31% and interest rate has gone up by 15%. Who will invest here now? Ministries are on sale nowadays. Money launderers have become rulers. The loot market is on. People are dying of hunger. Gravediggers are watching the spectacle. The election will be decisive. The next 45 days will decide about democracy and government,” said Sh Rashid.