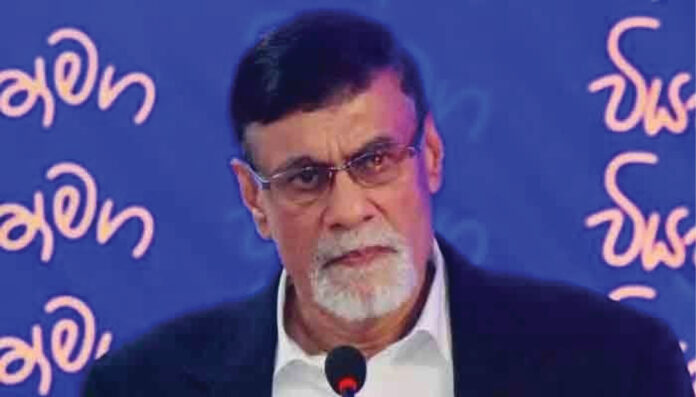 ISLAMABAD
Sri Lankan High Commissioner Mohan Vijay Vikrama has said that the Sialkot lynching incident will have no impact on the two countries’ amicable relations.
Addressing a press conference on Monday, the Sri Lankan high commissioner said, “Pakistan and Sri Lanka are friends and will remain friends. I assure you that this incident will not affect our relations.”
The high commissioner praised the Pakistani government’s support and thanked the Pakistanis for their sympathies and condolences, stating that the incident was unfortunate. Lauding the steps taken by the government of Pakistan, Vikrama said that a large number of people have been arrested since Friday, when the incident took place in Sialkot.
“I am sure that the government of Pakistan will take steps to ensure that the family of Priyanta Deyawanda Kumar gets justice. This is a murder. The Sri Lankan government is sure that it [the incident] has nothing to do with Pakistan and Sri Lanka. We have seen that Pakistan has taken immediate action, “ he added.
“We don’t need to claim we’re friends; Pakistan and Sri Lanka have social, defence, and commerce ties, and this incident will not impact the existing relationship,” he said.
He said that the remains of a 48-year old Sri Lankan citizen had been sent to Colombo.
Meanwhile, PTI leader Arshad Dad apologised on behalf of the party to the Sri Lankan high commissioner, saying it was unfortunate that religion was used in such an incident.