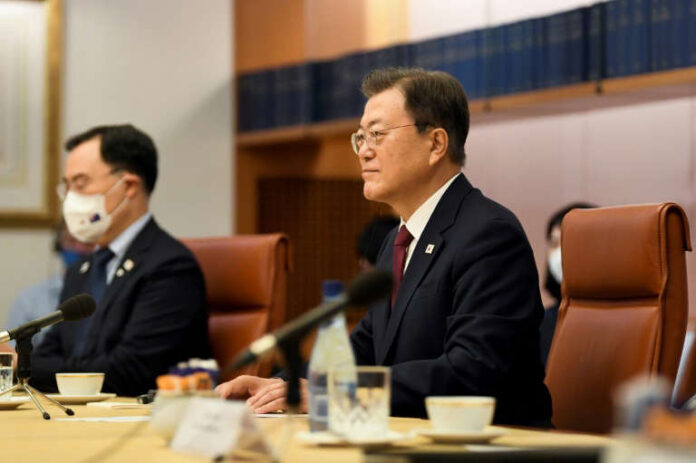 South Korea’s president on Monday ruled out joining a US diplomatic boycott of the 2022 Winter Olympics in Beijing, citing the need to work with China.

“We have not received a request from any other country including the United States to participate in the diplomatic boycott,” he said.

China has warned the United States, Australia, Britain and Canada that they will “pay the price” for protesting the Games.

The boycott was prompted by China’s abuses against the Uyghur minority in Xinjiang and its smothering of democracy in Hong Kong.

Moon stressed that South Korea wanted to promote a free and open Pacific region, but also had to consider China’s role in trying to bring peace to the Korean Peninsula.

“We need the constructive efforts of China to enable denuclearisation of DPRK (North Korea)” he said, adding that Seoul wanted a harmonious relationship with Beijing.

Moon is currently on a three-day state visit to Australia, where the two countries signed a series of technology and military cooperation agreements.

They include the sale of 30 howitzers — mobile artillery guns — to Australia as part of a contract worth around US$720 million.