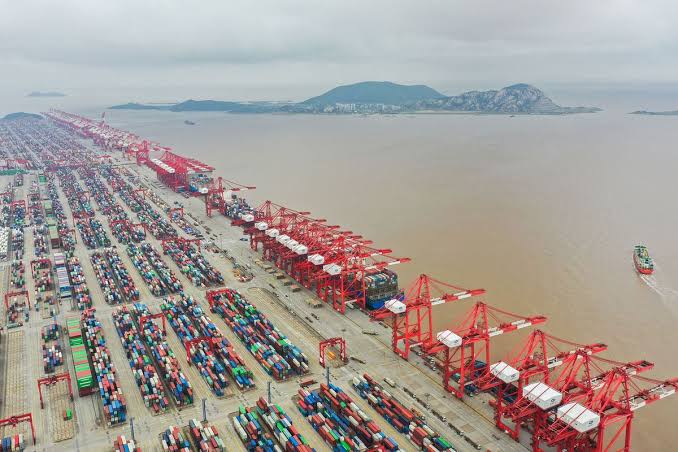 “China has contributed around 30 percent to the global growth annually over the past years. As the world economy was impacted by COVID-19 in the past two years, the Chinese economy maintained a key driver for global recovery,” said a Cambodian official in a recent media interview.
Thong Mengdavid with the Commission for External Relations of the Central Committee of Cambodian People’s Party, said China’s achievements fully demonstrate the advantages of the socialism with Chinese characteristics and reflect the country’s increasingly important international status and role.
Having a strong interest in China, Mengdavid, who also serves as an official with the Cambodian Ministry of Labour and Vocational Training, came to study at China’s Shanghai Jiaotong University in 2018.
“My experience in China enables me to carry out comparative studies from both Cambodian and Chinese perspectives, so that I can better understand China and its role in the world,” Mengdavid told People’s Daily.
According to him, in his one-and-a-half-year stay in China, he mainly studied China’s Belt and Road Initiative (BRI) and its effect on Cambodia’s economic development.
“China is our most reliable development partner,” Mengdavid said, adding that practical cooperation under the BRI framework has achieved tangible and fruitful results since the initiative was proposed by Chinese President Xi Jinping.
The BRI has become the world’s broadest-based and largest platform for international cooperation, assisting the development of countries along its route and regional economy, Mengdavid noted.
A report released by the United Nations Conference on Trade and Development said ASEAN would need infrastructure investment of $60 billion to 146 billion per annum to realize the goals in the Master Plan on ASEAN Connectivity 2025.
The BRI, sharing similar goals with the Master Plan on ASEAN Connectivity 2025, will create huge opportunities for enhancing the comprehensive strategic partnership between China and ASEAN.
Mengdavid said the BRI has improved the quality of cooperation between the two sides on connectivity, capacity building, knowledge sharing and human resource development, and effectively promoted the economic and social development of regional countries.
The world is currently going through profound changes unseen in a century. Mengdavid commended China’s commitment to safeguarding world peace and promoting win-win results.
“China upholds true multilateralism, advocates building a community with a shared future for mankind, and guides countries to leave aside differences in political systems, history, cultures and development stages, so as to jointly pursue peace, development and shared benefits. It is striving to make global development sustainable and resilient,” Mengdavid remarked, saying it manifests China’s sense of responsibility as major country.
Citing China’s success in realizing the first centenary goal, which is to build itself into a moderately prosperous society in all respects, the Cambodian official said Xi Jinping Thought on Socialism with Chinese Characteristics for a New Era provides answers to the questions of the times and is key to China’s success.
According to the World Bank’s international poverty line, China has lifted nearly 800 million people out of poverty over the past four decades, which accounted for more than 75 percent of global poverty reduction in the same period. China has set an example for other developing countries in eliminating absolute poverty, Mengdavid said.
He said China is making great strides toward the harmonious human-nature coexistence under the leadership of the Communist Party of China (CPC), and is striving to peak its carbon dioxide emissions before 2030 and achieve carbon neutrality before 2060.
He called China’s top global ranking in the installed capacity of hydropower, wind power, photovoltaic and nuclear power plants under construction another great success of the CPC and the Chinese people.
Mengdavid said Cambodian King Norodom Sihamoni attended the opening ceremony of the Beijing 2022 Winter Olympics and relevant activities in February this year, which mirrored the profound traditional friendship, as well as the increasingly deepening political mutual trust between Cambodia and China.
In 2018, Xi and Sihamoni exchanged congratulatory messages to mark the 60th anniversary of the establishment of diplomatic ties between the two countries. Xi said the comprehensive strategic cooperative partnership between the two sides has been constantly enriched, bringing tangible benefits to both peoples and contributing to the peaceful development of the region and the world at large.
Mengdavid believes Cambodia and China will further carry forward their traditional friendship, deepen mutually beneficial cooperation and constantly bring their relations onto new stages.