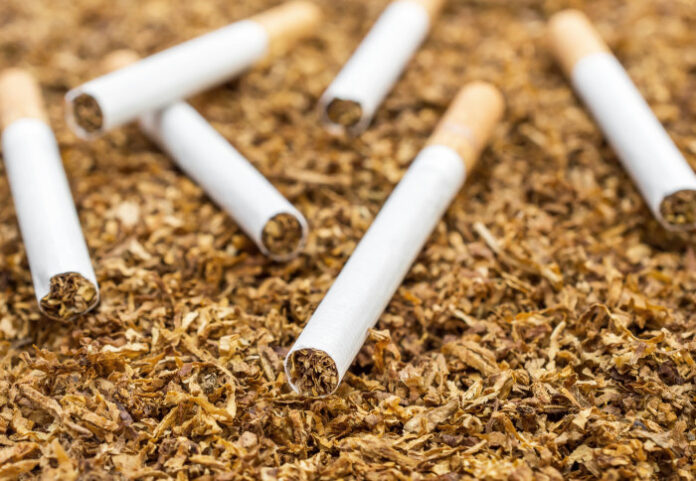 ANKARA
While tobacco use kills over 8 million people around the world, tobacco farming also destroys nearly 3.5 million hectares (8.6 million acres) of area annually, according to the World Health Organisation (WHO).
Along with damage to human health, the “tobacco life cycle” also causes severe harm to the environment, as growing tobacco also contributes to the deforestation of 200,000 hectares of area each year along with soil degradation.
The world marks World No Tobacco Day (WNTD) on May 31 annually to raise awareness about the health and environmental impacts.
This year’s campaign is focusing on the environment that is affected by the entire tobacco cycle, from its cultivation, production, and distribution to the toxic waste it generates, with the theme of Tobacco: Threat to our environment.
“The campaign will also aim to expose the tobacco industry’s effort to greenwash its reputation and to make its products more appealing by marketing them as environmentally friendly,” WHO said in a statement.
Also, a total of 4.5 trillion cigarette butts that are not disposed of properly, generate 1.69 billion pounds of toxic waste and release thousands of chemicals into the air, water, and soil.
‘Greenwashing’
In a recent report in May, jointly conducted with the global tobacco watchdog STOP, the WHO accused tobacco companies of “greenwashing.”
The term greenwashing is defined as “the disinformation disseminated by an organisation as to present an environmentally responsible image,” according to Oxford English Dictionary.
The report, titled Talking Trash: Behind the Tobacco Industry’s “Green” Public Relations, noted that “sustainability awards,” used by these industries are an example of greenwashing.
“It could be argued that the tobacco industry has attempted to greenwash its reputation and products through programs such as beach clean-ups, and funding environmental and disaster-relief organisations,” it added.
Meanwhile, the report showed that tobacco companies have accelerated their efforts to “rehabilitate their image,” as the data showed that greenwashing activities and promotion, as well as the amount of money allocated during the process, are on the rise.
Tobacco kills 8m annually
According to the WHO figures, tobacco kills over 8 million people each year, while more than 7 million of those deaths are the result of direct tobacco use.
Of this, around 1.2 million are non-smokers that were exposed to secondhand smoke.
More than 80% of the 1.3 billion tobacco users worldwide live in low- and middle-income countries and 12% of deaths of people aged 30 and over are due to smoking.
To prevent more fatalities and harm caused by tobacco use or production, the WHO urges stronger policies against tobacco use.
“The WNTD 2022 campaign calls on governments and policy-makers to step up legislation, including implementing and strengthening existing schemes to make producers responsible for the environmental and economic costs of dealing with tobacco waste products,” it added.
Tobacco use by age, sex, region
According to a WHO report published in November on trends in the prevalence of tobacco use 2000–2025, smoking is dropping worldwide except for Africa and Eastern Mediterranean regions.
Some 22.3% of the global population used tobacco products in 2020, according to the report.
It also noted that currently 36.7% of men and 7.8% of women worldwide use tobacco products.
“There has been a steady decline in any tobacco use for both males and females in each age group over the observed period 2000–2020,” the report added.
For those aged 15 and older, tobacco use was recorded the most in Europe with 25.3%, with 32.9% males and 17.7% females.
Meanwhile, 24.6% of the population in the Western Pacific, 18.6% in Eastern Mediterranean, 16.3% in North and South America, 29% in South East Asia, and 10.3% in Africa were recorded as tobacco users in 2020, according to the data.
Containing 7,000 chemicals
WHO also warns that around 65,000 children die annually due to illnesses related to secondhand smoke.
Smoking is responsible for two-thirds of deaths related to lung cancer.
Non-smokers who are exposed to secondhand smoke at home or at work increase their risk of developing lung cancer by 20–30%.
People who quit smoking are less likely to have lung cancer after 10 years, compared to smokers.
Smoking is known to be the leading cause of chronic obstructive pulmonary disease (COPD) which is particularly seen among those who start smoking at a young age and seriously prevents the healthy development of the lungs.
Of the more than 7,000 chemicals in tobacco, at least 250 are known to be harmful, including hydrogen cyanide, carbon monoxide, and ammonia.