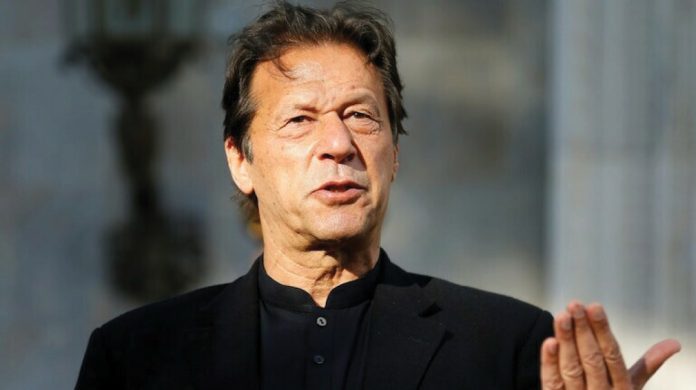 ISLAMABAD
Economic Affairs Minister Sardar Ayaz Sadiq has said that the Toshakhana reference against former prime minister Imran Khan has been sent to the National Assembly speaker.
Addressing a press conference on Sunday alongside Railways and Aviation Minister Khawaja Saad Rafique, Sadiq confirmed that NA Speaker Raja Pervaiz Ashraf will announce a decision on the reference in 30 days. “It will then be sent to the Election Commission of Pakistan.”
He termed Imran’s lust for the PM’s chair as the reason for the delay in the no-confidence vote. Taking a jibe at the ex-premier, the former NA speaker added that it was only because of the lust for power that Imran stooped low and began criticizing the sitting army chief.
The PML-N leader highlighted that the country was suffering due to the consequences of the PTI government’s failure. “Imran is the same person who said that if Modi comes to power then circumstances will improve but we all witnessed what went down in the Indian Occupied Kashmir.”
He went on to allege that Imran damaged Pakistan’s relations with China and Saudi Arabia but the incumbent government is working towards improving them.
Shedding light on the International Monetary Fund (IMF) talks, the federal minister said IMF does not trust Pakistan because the Imran-led government violated the agreement it signed with the Fund.
Minister Rafiq maintained that even though Imran is a political leader, in reality, he is a violator of the Constitution. “His only work is to term people as thieves and traitors”’ the PML-N leader said.
Imran has pushed the country to a point from where a return is impossible, he said. On the occasion, the rail minister blamed the PTI chairman for increasing the losses of Pakistan Railways apart from disrupting the entire system.
Commenting on the current situation, Rafique said they are trying hard to fix the prevailing problems. “It would have been easier for us to run away from our responsibilities and contest elections instead,” he said, concluding that the caretaker government would have made matters worse.