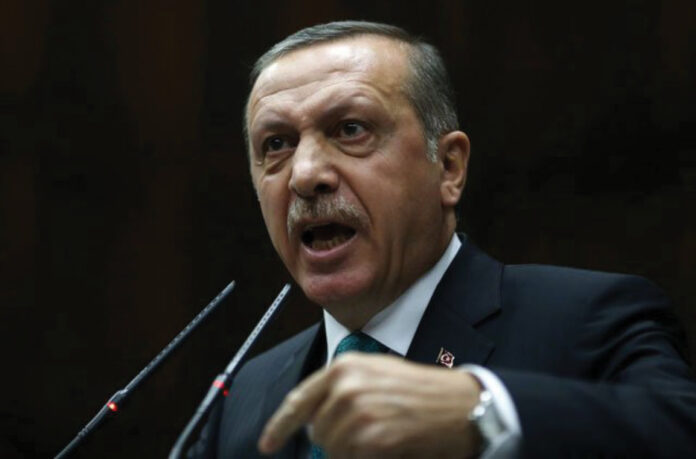 ISTANBUL
Turkey will no longer hold high-level talks with neighboring Greece, Turkish President Recep Tayyip Erdogan said Wednesday amid rising tensions between the traditional rivals.
Ankara resumed negotiations with Athens last year following a five-year break to address differences over a range of issues such as mineral exploration in the eastern Mediterranean and rival claims in the Aegean Sea.
“We broke off our high-level strategy council meetings with Greece,” Erdogan told a meeting of his party’s lawmakers in Ankara, adding: “Don’t you learn any lessons from history? Don’t try to dance with Turkey.”
The talks had made little headway, but were a means for the two countries to air out their grievances without resorting to a potential armed standoff as had occurred as recently as two years ago.
Erdogan’s pivot on the talks appeared to have been triggered last week when he signaled his displeasure at comments made by Greek Prime Minister Kyriakos Mitsotakis during a trip to the U.S.
Erdogan said Mitsotakis “no longer exists” for him after accusing the Greek leader of trying to block Turkey’s acquisition of F-16 fighter planes.
Erdogan also commented on Turkey’s objection to Sweden and Finland joining NATO. Ankara has complained the Nordic states harbor terror suspects and arm a group in Syria it accuses of being an extension of the Kurdistan Workers’ Party, or PKK that has waged a 38-year insurgency inside Turkey. “NATO is a security organization, not a support organization for terrorist organizations,” he said.
The U.S. and EU have categorized the PKK as a terror group. However, it’s Syrian wing, the People’s Protection Units, or YPG, has played a leading role in the U.S.-led fight against the Islamic State group.
Erdogan said those who tried to legitimize the PKK with “letter tricks” were “deceiving themselves, not us.”
The president added that Turkey would not change its stance on the Swedish and Finnish NATO application without seeing “binding documents” demonstrating a hardened approach to those Ankara considers terrorists.
Regarding a new cross-border military operation in Syria, Erdogan said Turkey was “entering a new phase” in its goal to create a 30-kilometer (19-mile) buffer zone south of the frontier.
The territory is controlled by a Syrian Kurdish administration and Ankara says it has been used to launch attacks on Turkey.
Erdogan singled out the towns of Tall Rifat and Manbij as targets Turkey will be “clearing of terrorists.” Both lie west of the Euphrates river while the main Kurdish-controlled region is to the east.