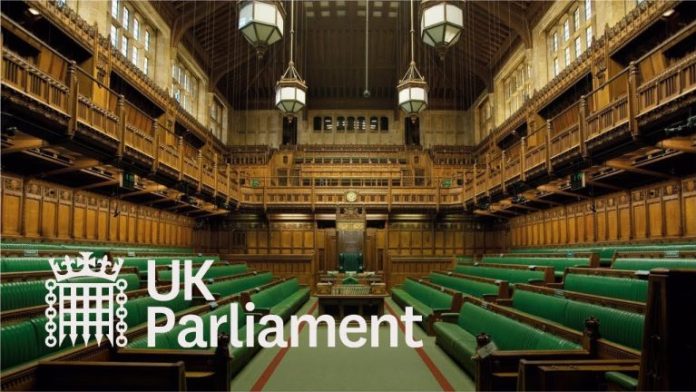 The Members of the United Kingdom’s parliament have written a letter to British Prime Minister Boris Johnson seeking action to monitor the situation of political prisoners in India.

The MPs pointed out that Yasin Malik was arrested under India’s Public Safety Act and Unlawful Activities Prevention Act and convicted on the 19th of May 2022 on terrorism charges, which carry the maximum sentence of either life imprisonment or the death penalty.

They said Malik was tried in secret and without a jury by a National Investigation Court in India, on charges that were not only spurious but at this point nearly 30 years old.

The letter said the two Acts under which Yasin Malik was arrested and tried had been repeatedly used by the Indian authorities to persecute Kashmiri political activists, who oppose the military occupation of Jammu and Kashmir.

“This is part of a broader escalation of a severe crackdown on the civil liberties of the Kashmiri people, as documented by numerous organisations, including Human Rights Watch,” it read.

The MPs stressed that Yasin Malik faced the death penalty for doing nothing more than advocating for the freedom of the Kashmiri people.

“We, therefore, urge the UK Government to condemn the trial and conviction of Yasin Malik and demand that he is immediately released,” they said.

The MPs also called on the UK Government to join the international community in challenging India’s Public Safety Act which enables the detention of individuals without charge or trial for up to two years.

“This law, which has been criticised by the UN High Commissioner for Human Rights, has been used not only against Yasin Malik but also many other Kashmiris who seek to challenge the Indian occupation,” they said.

The MPs demanded the UK Government to use its special relationship with India to ensure a peaceful solution to the conflict in Kashmir.

“Continued political persecution of the Kashmiri people does not help us towards this end, and the UK Government must advocate for the fair treatment of Yasin Malik and others, as well as for their right to a free and fair trial to be upheld,” they said. 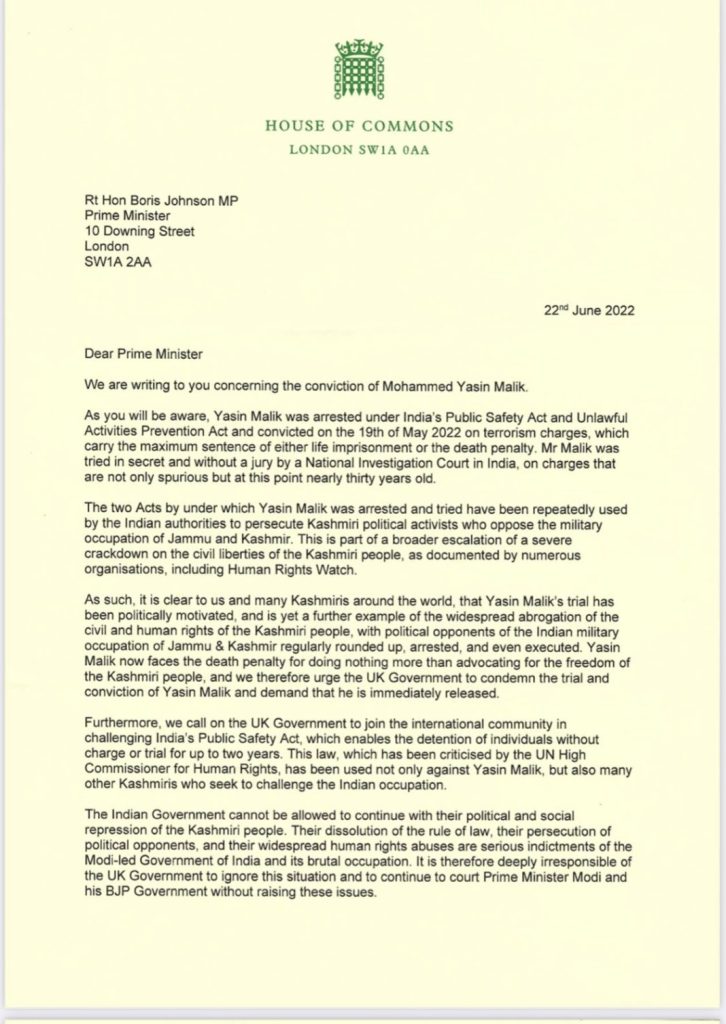 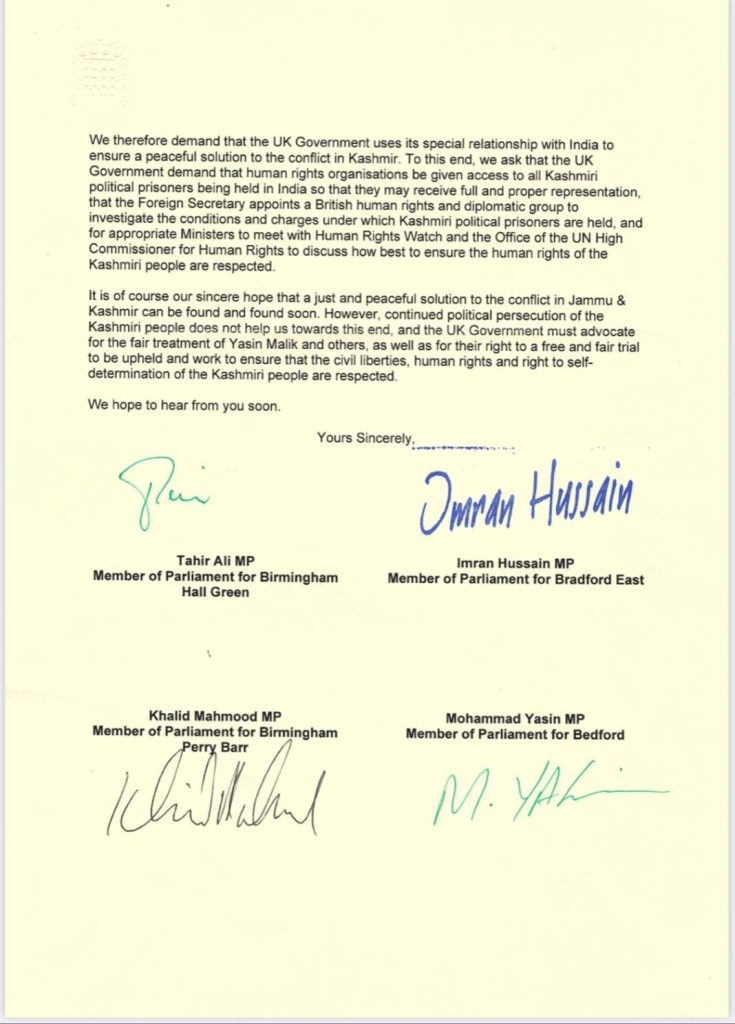