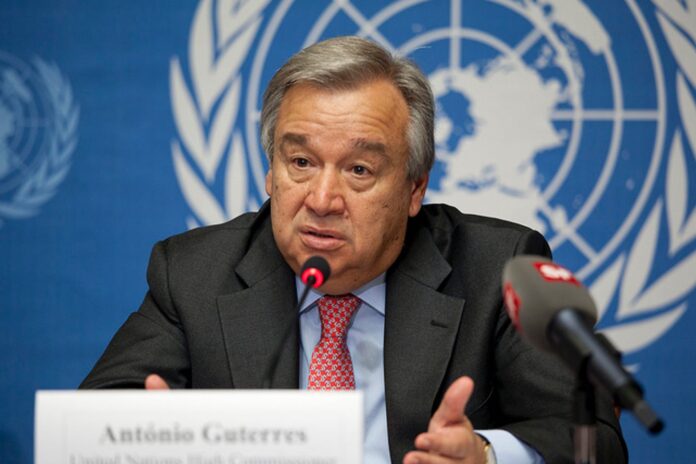 Islamabad : United Nations Secretary General Antonio Guterres has expressed his dismay over civilian casualties in Gaza and deep disturbance by Israel’s strike on a building containing international media outlets.
Stephane Dujarric, the Spokesman of the UN Secretary General, said, in a statement, that Antonio Guterres is dismayed by the increasing number of civilian casualties including children, as a result of an Israeli airstrike in the Al-Shati camp in Gaza, purportedly aimed at a Hamas leader.
He said the UNSC is also deeply disturbed by the destruction of a high-rise building in Gaza City by an Israeli airstrike that housed the offices of several international media organizations as well as residential apartments.
He reminded all sides that any indiscriminate targeting of civilian and media structures violates international law and must be avoided at all costs.
Meanwhile, a press release issued by the White House said that the US President Joe Biden has also expressed to the Israeli Prime Minister his concern about the safety of journalists after an Israeli strike destroyed a building housing the premises of the US-headquartered Associated Press in Gaza.