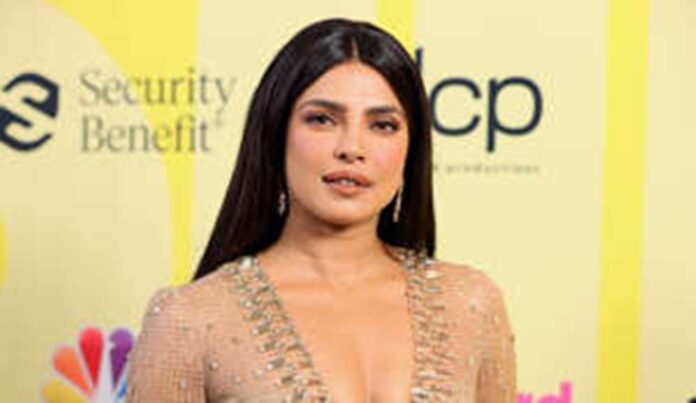 Victoria’s Secret is swapping its Angels for activists.

The embattled lingerie brand, which has struggled to maintain its share of the marketplace amid numerous scandals in recent years, announced a new initiative Wednesday with a very different look. Replacing its typical crop of long-legged, bombshell models is a unique group of “trailblazing” women, deemed The VS Collective, “designed to shape the future” of the company.

“We are proud to bring together an unparalleled group of trailblazing partners who share a common goal to drive positive change,” the company wrote in a statement on the rebrand, a clear attempt to move away from its long history of appealing to the male gaze.

In a post-#MeToo era, Victoria’s Secret has largely failed to appeal to a younger generation, being accused of objectifying women and lacking diversity. The company’s former chief marketing officer Ed Razek has made dismissive comments about plus-sized and transgender models, while Les Wexner, the former CEO of parent company L Brands, came under increased scrutiny for his close connection to convicted sex offender Jeffery Epstein, who served as his financial adviser.

More recent investigations have exposed an alleged company culture of misogyny and harassment under Razek and Wexner. This latest announcement marks a stark departure, as the company undergoes a complete restructuring.

“We are creating a platform that will build new, deeper relationships with all women,” Martha Pease, Chief Marketing Officer, said in a press release. “In marrying our new partners’ energy, creativity and perspectives with our network and scale, we can transform how we connect with and show up for women.”

The founding members of The VS Collective will collaborate with the brand on product lines, digital content and internal programs, in addition to supporting women-focused causes. According to The New York Times, the iconic supermodel “Angels,” with their massive bedazzled wings, are gone for good.

Among the new set of brand ambassadors is soccer superstar Megan Rapinoe, an outspoken LGBTQIA+ and equal pay activist who reflects the brand’s pivot away from its narrow view of female beauty standards.

“I am humbled to join this group of incredible women to drive change within the Victoria’s Secret brand and beyond,” Rapinoe said. “So often I felt myself on the outside looking in with brands in the beauty and fashion industry, and I’m thrilled to be creating a space that sees the true spectrum of ALL women. I believe in the power of authenticity and community and am excited to show what can be done through The VS Collective.”

Another big name joining the lineup is actor Priyanka Chopra Jonas, who has passionately supported a number of social causes for years, including the environment, education and women’s rights.

“As we work together to chart the path forward in a new and impactful way, I’m not only looking forward to developing future collections that are inclusive of all people, but I am most excited for new customers and for those who have always been a customer of Victoria’s Secret to feel represented and like they belong,” Chopra Jonas said.

Also on Wednesday, the company launched The Victoria’s Secret Global Fund for Women’s Cancers, which aims to fund research on treatments and cures for women’s cancers, as well as invest in young, diverse women scientists. The company pledged at least $5 million annually.