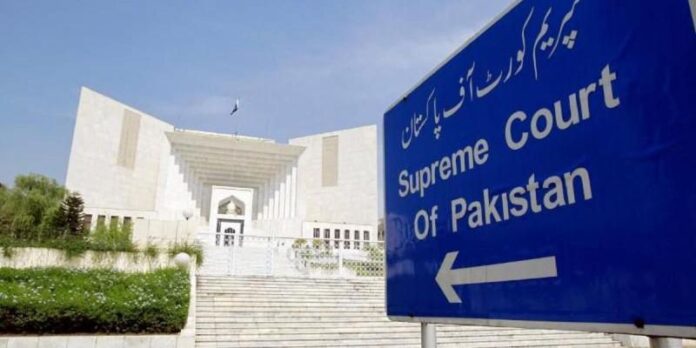 The verdict by the larger bench of the apex court was a 3-2 split decision, with a majority of the judges not allowing lawmakers to vote against party line in four instances outlined under Article 63-A.

These four instances are the election of prime minister and chief minister; a vote of confidence or no-confidence; a Constitution amendment bill; and a money bill.

Chief Justice of Pakistan (CJP) Umar Ata Bandial, Justice Ijazul Ahsan and Justice Munib Akhtar gave the majority verdict while Justice Mazhar Alam Khan Miankhel and Justice Jamal Khan Mandokhail were the dissenting judges, who said that giving an opinion on the presidential reference was akin to “rewriting the Constitution”.

In the reference, President Arif Alvi had asked four main questions from the apex court:

Should Article 63-A have a limited or a broad, purpose-oriented interpretation?
Will the defecting members’ vote be counted, given equal weightage?
Will the defectors be disqualified for life?
Measures that can be taken to prevent defection, floor crossing and vote-buying