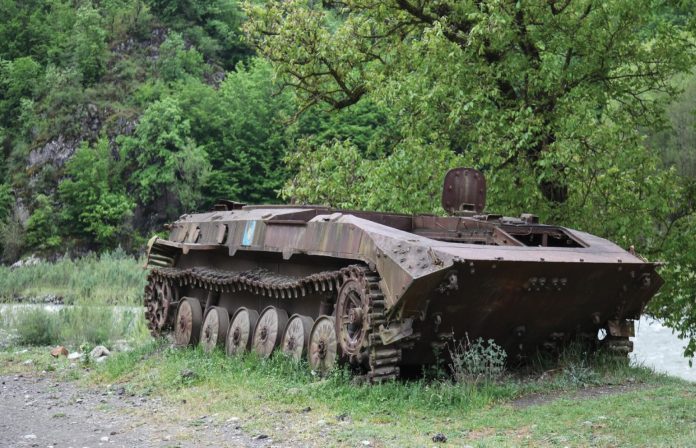 Karabakh
International appeals for a stop to combat in the area that has been a flashpoint for 30 years were sparked by Azerbaijan’s announcement on Wednesday that its forces had defeated an Armenian onslaught close to the disputed territory of Nagorno-Karabakh.
After a brutal post-Soviet ethnic struggle in the early 1990s, Nagorno-Karabakh broke independence from Azerbaijan with help from Armenia. Azerbaijan effectively reclaimed some of the separatist-held territory in 2020.
The remainder of the separatist-held region was put under protection by Russian peacekeepers as per the conditions of a subsequent ceasefire. However, there have been recent outbursts of violence and both sides accuse one another of violations.
According to the Azeri defence ministry, Armenia gravely breached the ceasefire by carrying out an act of sabotage that resulted in the death of one soldier. Furthermore, Baku said its troops had repulsed an Armenian effort to seize a hill in an area under the control of the Russian peacekeepers.
In a statement, it demanded that all Armenian troops leave the region and made threats of “crushing” retaliation if required. “As a result, people fighting for the illegal Armenian armed formations were murdered and injured,” it claimed.
Armenia’s foreign ministry responded by claiming that Azerbaijan had broken the cease-fire by conducting an offensive in territory under the control of the peacekeepers. Yerevan asked the international community to “take measures toward restraining the aggressive behaviour and acts of Azerbaijan,” according to a statement.
The Organization for Security and Cooperation in Europe’s (OSCE) Polish chairman repeated the demands of the European Union, which called for an early cessation of hostilities and stated that both sides should uphold the cease-fire.
The largely Armenian enclave’s separatist rulers had earlier announced a partial mobilisation.
According to Interfax, Russia claimed that the situation in the regions under the supervision of Russian peacekeepers was becoming more tense and that Azeri forces had broken the truce at least once.