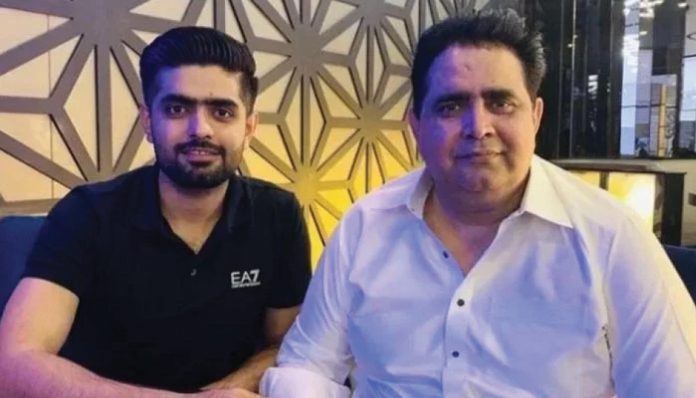 LAHORE
Pakistan skipper Babar Azam’s father — who is usually in the headlines for his wholesome videos — credited the team’s victory against England to the team’s unity, confidence, resolve, and the nation’s prayers.
Babar’s father Azam Siddiqui congratulated the Pakistani squad for becoming the first team to complete their 200 T20Is on a winning note while posting his views on Instagram.
“I think today, not the Pakistan cricket team but its unity, spirit of doing something, their reposing confidence on one another, and nation’s prayers, as well as admiration for their squad, have won,” Siddiqui wrote on Instagram.
Appreciating the team’s resolve to ensure victory, Azam’s father said, “The courageous [team] won the match with courage and who else would know this better than our courageous nation.”
He concluded his Instagram post with the slogan “Pakistan Zindabad”.
Both Pakistan and England’s cricket teams have won two games each in the seven-match series, so far.
Karachi hosted the first four matches, while the rest would be played in Lahore’s Gaddafi Stadium.