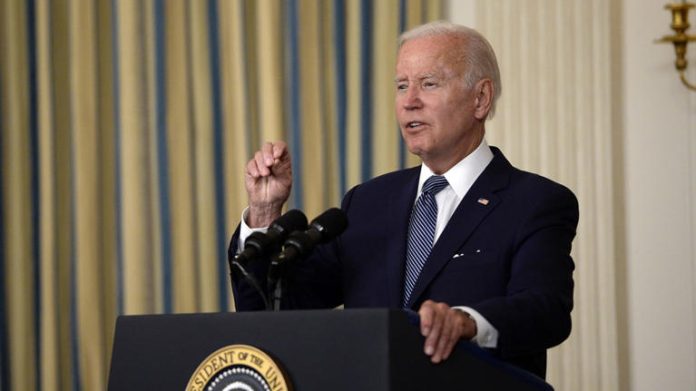 The strikes came days after Iran-backed groups fired rockets that landed in the vicinity of Syria’s Green Village base that housed U.S. troops.

None of the troops were harmed in the attack, but Combined Joint Task Force-Operation Inherent Resolve officials said a separate rocket attack on Jan. 5 by Iran-backed groups damaged the base and a mosque nearby.

“At President Biden’s direction, U.S. military forces conducted precision airstrikes in Deir ez-Zor Syria today,” said Buccino. “These precision strikes are intended to defend and protect U.S. forces from attacks like the ones on August 15 against U.S. personnel by Iran-backed groups.”

Buccino added that Biden gave the order for the strikes under his Article II authority to protect U.S. personnel.

The Hill has reached out to the White House for comment.

“The United States does not seek conflict, but will continue to take necessary measures to protect and defend our people,” said Buccino.

The U.S. first sent ground troops to Syria in 2015 to combat the terrorist organization ISIS and back the Syrian Democratic Forces. Iran has backed Bashar al-Assad’s regime in Syria, at times leading to fighting between Iran and the U.S.

Meanwhile, Iran and the U.S. have engaged in indirect negotiations for more than a year to restore the Iran nuclear deal, which would limit Iran’s nuclear ambitions to ease sanctions against the country.

As one point of contention in the negotiations, Iran has desired the U.S. remove the IRGC — which U.S. Central Command said supported groups that conducted the Aug. 15 strike — from its list of terrorist organizations, but the Biden administration reportedly has been hesitant to do so as part of a potential deal.