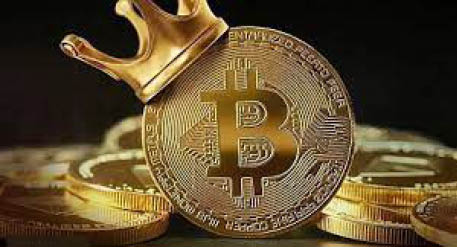 ISLAMABAD
The cryptocurrency market remained bearish for the second day in a row on Monday, with the market capitalisation shedding 1.5 percent to reach $2.55 trillion as of 1210 hours GMT.
Bitcoin, the largest cryptocurrency, consolidated gains with 0.26 percent increase in price to reach $60,941. With this increase in price, the market capitalisation of the biggest cryptocurrency has reached 1.147 trillion.
However, ether (ETH) price shed another 3.10 percent to reach $3,731. With this decrease in price, the market capitalisation of ETH has reached $437.9 billion.
Following suit, XRP price shed 4.25 percent to reach $1.08. The market capitalisation of XRP stands at $108 billion after this decrease.
Likewise, cardano (ADA) price shed 1.85 percent to reach $2.13. Its market capitalisation has decreased to $68.9 billion after this fall.
On the other hand, dogecoin (Doge) price went up by 7.71 percent to reach $0.257. With this increase in price, the market capitalisation of doge has reached $33.8 billion.
Meanwhile, the world’s first state to make bitcoin legal tender, El Salvador, plans to use multiple renewable-energy sources to power its crypto-mining sites, the chief of the country’s Hydroelectric Commission has announced.
“The possibilities are endless here, it’s just about willpower and that we have the means and the ability to start these projects,” Daniel Alvarez, president of the state-run Lempa River Hydroelectric Executive Commission (CEL) revealed, stating that El Salvador has resources to generate electricity for the mining process through hydroelectric, solar, wind and tidal power projects.
Cryptocurrency mining demands a lot of energy, mostly fossil fuel-derived, which has made it a target of criticism from environmentalists worldwide. However, El Salvador is set on changing that. Last month, the country’s government began using geothermal energy for bitcoin mining from a plant at the base of the Tecapa Volcano. The plant generates some 102 megawatts of energy.
There are 20 volcanoes on the territory of the Central American country, and nearly a quarter of its total domestic energy production is generated by geothermal energy.