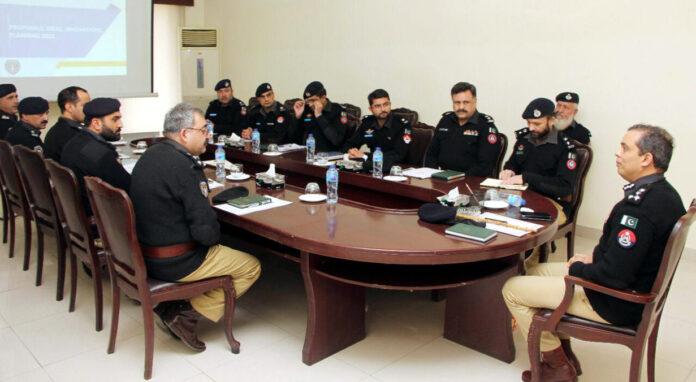 Haqnawaz’shinwari
PESHAWAR
CCPO Abbas Ahsan has said that due to effective strategies street crime cases have been decreased this year, adding that information based operations against criminals bearing fruits.
He expressed these while chairing a high level meeting here on Friday which was attended by SSP Investigation Shahzada Kokab Farooq, SP Headquarters Rahim Hassan, DPO Khyber District Muhammad Imran and four divisional SPs and traffic police officers also participated.
On this occasion, CCPO Abbas Ahsan gave special instructions regarding controlling street crimes in the provincial capital.
He clarified that a special strategy has been formulated to prevent street crimes and deal with anti-social elements in a better way.
Identifying trouble points, snap checking and targeted operations have helped in controlling street crimes, while in the second phase, the data of those involved in street crimes in the past has been restructured and strict monitoring has been started.
CCPO adds that this year it is time to activate human intelligence at the street level. Coordination with other agencies has also been further coordinated to ensure timely action against criminal elements at the local level by obtaining timely information against them, including those involved in occupation groups, arms exhibitions and other anti-social activities.
The participants of the meeting informed that local elders and eminent scholars should be involved to maintain law and order situation in different areas.
CCPO Abbas Ahsan directed all officers to make the ongoing crackdown on drugs more effective and also to further expand the awareness campaign against ice and other drugs.

Man Says he Funded PTI From Own Compnay Account