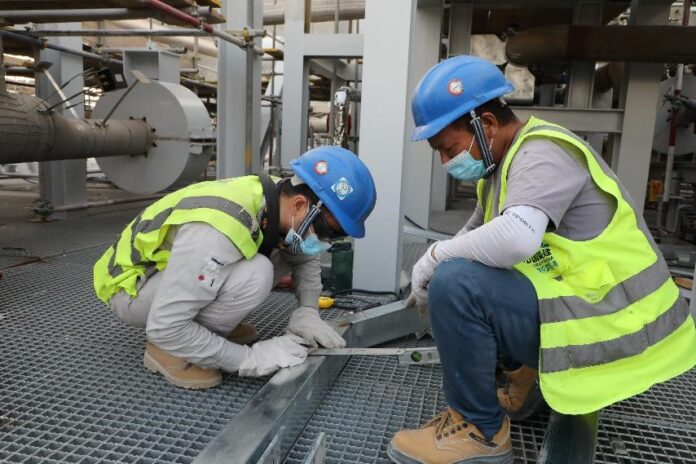 The Belt and Road Initiative (BRI) has yielded fruitful results and had a far-reaching influence upon the world since its inception. It has become a popular international public product and cooperation platform with exuberant vitality and broad development prospects.
By adhering to green development and promoting the construction of a green Silk Road, China is actively working with various parties to advance the implementation of the UN 2030 Agenda for Sustainable Development, striving to make green a defining feature of Belt and Road cooperation and bringing unprecedented historic opportunities for common development and shared prosperity to countries participating in the BRI.
At present, China constantly intensifies efforts to boost the construction of multilateral cooperation platforms under the framework of the green BRI and enhance its leadership for participating in and leading global environmental governance, making important contributions to safeguarding multilateralism and promoting international cooperation.
In 2019, the BRI International Green Development Coalition was officially established. With languages and operating models recognized by various countries around the world, the coalition has carried out dialogues and exchanges, joint research, capacity building and other activities. It has attracted more than 150 Chinese and foreign cooperative partners from 43 countries and won positive response and widespread support from the international community.
Last June, 29 countries jointly launched the Initiative for Belt and Road Partnership on Green Development at the Asia and Pacific High-level Conference on Belt and Road Cooperation, which further manifested the international community’s recognition of and support for green development.
The Green Investment Principles (GIP) for the BRI, a set of principles released in 2018 for greening investment in the Belt and Road, has been joined by 39 large international financial institutions, witnessing a continuously growing number of driving forces for the green development of the BRI.
By constantly improving the construction of the systems of policies and rules, China has provided a strong guarantee for promoting cooperation in key areas for the green development of the BRI.
In 2017, China’s Ministry of Ecology and Environment (MEE, then Ministry of Environmental Protection) issued the Belt and Road Ecological and Environmental Cooperation Plan and jointly released another document titled Guidance on Promoting Green Belt and Road with the Ministry of Foreign Affairs (MFA), National Development and Reform Commission (NDRC) and the Ministry of Commerce (MOC).
These documents have detailed major tasks and roadmaps for the construction of green BRI, and proposed cooperation on green development covering such aspects as policy dialogue, information support, alignment of standards, and technological exchanges.
Last year, the MOC and the MEE jointly issued a document titled Green Development Guidelines for Overseas Investment and Cooperation. It set out ten priorities for overseas investment and cooperation under the framework of the BRI, including defusing environmental risks, following international green rules and standards, building green infrastructure, and promoting green production and operations, pointing out the direction for the green development of overseas investment and cooperation in countries along the routes of the Belt and Road.
Moreover, by continuously deepening cooperation with relevant countries on ecological and environmental protection, China has provided important underpinning for global economic recovery and sustainable development since the outbreak of the COVID-19 pandemic.
The country has also carried out in-depth research into hotspot issues of concern to BRI countries, including green investment as well as green and low-carbon energy development, and released a series of research reports including Green Development Guidance for BRI Projects Baseline Study Report.
China has trained for nearly 120 developing countries more than 3,000 officials and technical personnel for ecological and environmental protection and addressing climate change, and was thus praised as a role model in South-South cooperation by the UN Environment Programme.