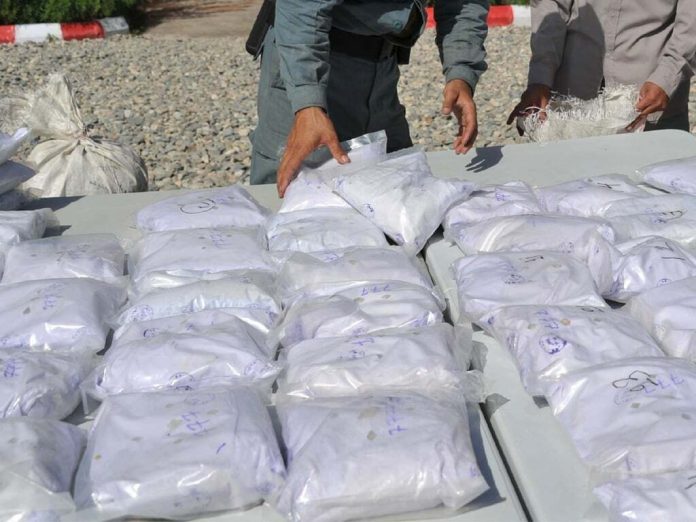 PESHAWAR
The Excise department has started a crackdown on intelligence base information against traffickers and seized 14kg high quality of heroin by arresting two alleged government employees.
This was stated by an official of the Excise Department Khyber Pakhtunkhwa while addressing the media men here on Sunday. He said the operation of Police Station Excise Mardan region, attempting to smuggle heroin in huge amounts failed.
On secret information, the alleged government employee was arrested after recovering 14kg of high quality heroin. The accused was earlier arrested by Excise Police Swat on November 19, 2021 after recovering 500 grams of ice.
The accused was released from jail a few days ago and was again caught smuggling heroin, he said, adding, there was an attempt to smuggle heroin through a motor car. According to the recent directives of the Chief Minister of Khyber Pakhtunkhwa Mahmood Khan, full intelligence base operations against drug dealers and smugglers are going on rapidly, Zafarul Islam Khattak, Director General Excise said when asked to comment.
Against Narcotics Khaliqur Rehman, Adviser to the Chief Minister Excise Department and Syed Haider Iqbal Secretary Excise complete guideline and full cooperation is ongoing, Director General Excise said.
In the light of the Chief Minister’s recent orders, we are trying to ensure that all anti-narcotics operations are targeted, he said.
There is no snap check, only intelligence base operations are being done as per the vision of the Chief Minister so that the common people do not face any kind of trouble and difficulties, he informed.
The crackdown on drug dealers and big crocodiles is being intensified and efforts are underway to break up large networks and bring the culprits to book, Director General Excise said.
The public is requested to support the Excise Department in the fight against drugs, immediately report any activity related to drugs to the Excise Department, so that timely action can be taken and the society is cleansed from the scourge of drugs, Director General Excise said.
Another major operation of Police Station Excise Mardan Region, 14000 grams of high quality heroin was recovered on secret information, the accused (alleged government employee) was arrested and a case against him was registered.
He said a secret information received by Muhammad Riaz SHO Police Station Excise Mardan Region, Waqar Ahmed and Jawad Sabir Assistant Sub Inspector along with others conducted the operation opposite to Swabi University near Main Motorway, 14000 grams of high quality heroin was recovered from the motor car number LWE 5293. For further investigation and legal action, a case was registered at the Excise Police Station, Mardan Region.