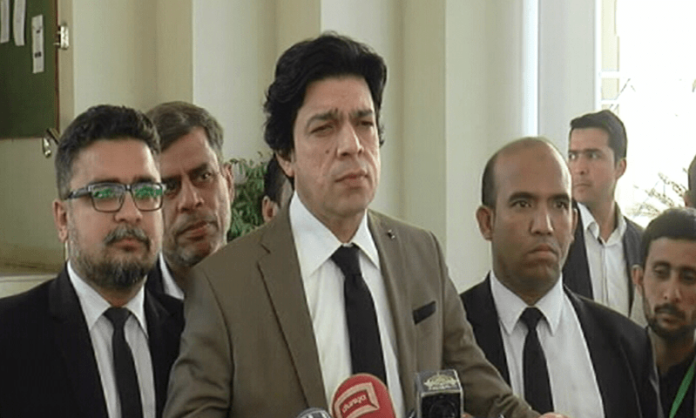 The Supreme Court (SC) on Friday revoked former PTI leader Faisal Vawda’s lifetime disqualification as a lawmaker after he accepted misstating his dual nationality and apologised.

However, Vawda remains disqualified under Article 63(1)(c) of the Constitution, under which a legislator loses membership of parliament for one term only.

Article 63(1)(c) says that a person will be disqualified from being elected or chosen member of parliament if he ceases to be a citizen of Pakistan or acquires the citizenship of a foreign state.

Vawda will remain disqualified till 2023 and is eligible to contest the next general or Senate elections, the court order said.

The verdict was issued by a three-member bench headed by Chief Justice of Pakistan (CJP) Umar Ata Bandial and consisting of Justice Syed Mansoor Ali Shah and Justice Ayesha A. Malik.

The Election Commission of Pakistan (ECP) had disqualified Vawda in February for concealing his US citizenship and directed him to return the salary and other benefits he had received as a minister and as a member of the National Assembly within two months. It had also de-notified him as a senator.

Subsequently, Vawda had contested his lifetime disqualification in the apex court on grounds that the ECP did not have the jurisdiction to disqualify him as a member of parliament.

At the last hearing, the three-member bench headed by the CJP had summoned Vawda to give him a chance to express his regret for misstating his dual nationality before the top court.

“We can call the gentleman to express regrets that he misstated before the court by presenting an affidavit to claim that his sole nationality is Pakistani,” the CJP had said, adding, “If the petitioner acknowledges his mistake, we will leave it to the electorate to decide his fate.”

In the order issued today, the SC bench observed that Vawda stated before the court that he “regrets” the claim of renunciation of US nationality in his nomination papers for elections in Karachi’s NA-249 constituency on June 7, 2018.

“He states he had already applied for such renunciation before the date of filing the nomination [papers]. His certificate for the loss of US nationality was issued to him on June 25, 2018,” the court order read, adding that as a result of the difference of dates, he was disqualified from contesting elections under Article 63(1)(c).

Consequently, an “erroneous statement” was made in the affidavit he submitted regarding his dual nationality to the returning officer, the court observed.

The matter was also addressed during the hearing when Justice Shah asked Vawda about the dates of the issuance of the renunciation certificate and his resignation from the National Assembly (NA).

“You remained a member of the NA for three years,” the CJP then said, adding that the court’s did not intend to summon and embarrass him “but you misled everyone for three years”.

The CJP directed him to apologise before the court and say that he was resigning as a senator.

“If you apologise and resign with good intent, the disqualification will be for five years. Otherwise, proceedings under Article 62(1)(f) will be carried out,” the CJP told Vawda.

According to Article 62(1)(f) of the Constitution, a person shall not be qualified to be elected or chosen as a member of Majlis-e-Shoora (Parliament) “unless — he is sagacious, righteous, non-profligate, honest and ameen, there being no declaration to the contrary by a court of law”.

Following the CJP’s remarks, Vawda stated before the court that he was tendering an “unconditional apology”. He said he did not intend to give a false statement and would accept the court’s decision.

Subsequently, the court observed in its order that “he (Vawda) regrets and accepts that he stands disqualified from the term of the assembly until 2023,” the court order said.

The order said although Vawda was elected as a senator in 2021, in order to demonstrate good faith, he was resigning from the Senate seat until the period of his disqualification expired.

“In view of the said statement, the petitioner has submitted his signed apology.”

The court directed Vawda to submit his resignation to the Senate chairperson and concluded that he was qualified to contest the next general or Senate elections.