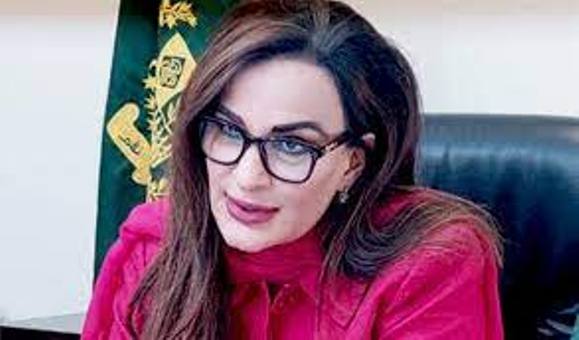 Federal Minister for Climate Change Sherry Rehman on Friday lashed out at the PTI for trying to “interfere” in the process for of appointing the new military command.

A day earlier, General Asim Munir was designated as the country’s new army chief while Gen Sahir Shamshad Mirza was appointed as the chairman of the joint chiefs of staff committee.

The new appointees had been chosen by Prime Minister Shehbaz Sharif after which a summary of the same was sent to President Arif Alvi for approval.

It was initially speculated that the president could return the prime minister’s advice for reconsideration after he visited Lahore and held a 45-minute-long discussion with PTI chief Imran Khan on the matter. However, the process of appointments concluded without delay and Alvi signed the summary immediately upon his return to the capital.

they have picked up a container and are marching towards Islamabad […] do they have any idea about the pain of the people […] do they care about how the country will overcome the floods?” Rehman asked.

“Even now, as we speak, winters are approaching and we all know how they will affect the people. In a country where 33 million people have been affected […] these people want to do politics of division in such a situation,” she contended.

Rehman further claimed that the entire world was asking about the reason behind Imran’s long march. “They want to know what is his problem […] why is he bringing a long march when the country is in a tough situation.”

“And it was the PTI who left us in this economic mess,” she added.