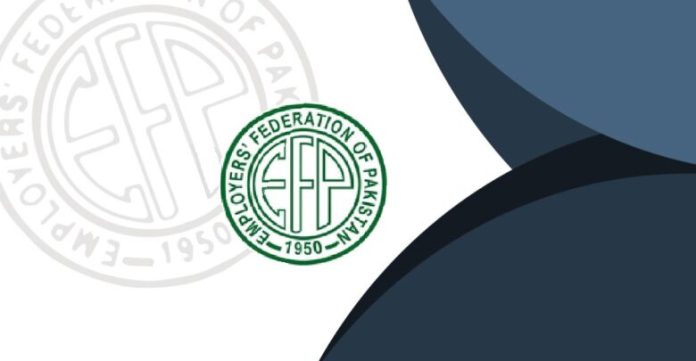 KARACHI
“Ready-made Garment industry is a labor intensive industry and the largest employer of women workers in Asia. Foreign buyers and brands must support factories by making longer term and advance bookings of existing capacities.
They must endeavour to make serious projections and commitments, and must collaborate with garment factories in planning future production, otherwise operations are disrupted, cost efficiencies not achieved, and losses become common.
Moreover, multiple audits for compliance and other stipulations by buyers also add to the cost of the product and frequently disrupt production”. This was stated by Majyd Aziz, Former President Employers’ Federation of Pakistan(EFP), at the “Decent Work in Garment Supply Chains Asia” event held in Bangkok.
Majyd Aziz, who spoke on behalf of all Asian employers at the inaugural session added that “major international retailers and brands are much larger and richer than the Asian garment manufacturers.
The consumers in Europe and North America are better positioned to pay extra money for the garment. Unfortunately, most Western buyers ruthlessly negotiate to maximize their profit margins by asking for discounts by claiming poor sales, demanding unjustified claims, and making arbitrary cancellations of orders, etc.
Moreover, they routinely threaten factory owners to shift their orders to other factories which often results in factory closure and rendering workers unemployed.”
He advised that “major brands pay a fair price since costing is simple and transparent for garment manufacturing”.
He added that “the welfare of a garment worker is also dependent on the commitments, planning, projections, and ethics of the foreign buyers. He advised that “it is critical that all stakeholders work on a win-win approach keeping in mind that if one factory loses orders then workers lose too.”
Majyd Aziz also added that it is imperative to discuss and debate the agenda to promote Decent Work, Environmental Sustainability and Gender Equality in Garment Supply Chains in Asia.
He said that despite many challenges and vulnerabilities, especially in the garment sector, there is an industry-wise need to focus on gender transformative, especially working together so that women can access emerging opportunities in higher skilled and higher paid jobs and tasks.
The women organizations must take this as a priority by using social dialogue and multi-stakeholder meetings to highlight prevention of violence and harassment of women at work. They must support and lobby for ratification by Parliament for ILO Convention 190 on Harassment and Violence at Work.
Majyd Aziz, while presenting the Pakistan case, stated that “Pakistan has suffered a triple whammy in the recent past. Pakistan, like other countries, suffered greatly due to the Pandemic Crisis. Then came the devastating floods that resulted in over 1500 deaths, 33 million people displaced, over 800 health facilities destroyed, huge numbers of livestock perished, over $25-30 billion in damages to homes, infrastructure, farms and markets etc.
“The GDP loss is projected at 2%, over nine million people would be pushed into poverty, while over seven million would fall further behind, four million would lose jobs or face job disruptions, and eight to ten million will face food security issues. Moreover, global oil prices, devaluation of the currency, and harsh IMF conditional ties have damaged the economy.”
Majyd Aziz presented a proposal for consideration by the delegates present at the event, stated that notwithstanding the intensive intra-regional competition and protection of global market share, especially in USA and Europe, it is imperative that in matters such as imposition of new and tough conditional ties, protective and regulatory import duties, safeguarding Intellectual Property Rights, etc., there should be unanimity among the regional garment exporters.
Taking into consideration the critical mass that is so evident in ASEAN and SAARC countries, there is a need to establish a shared platform to promote, project and protect common and mutually beneficial interests.
Majyd, while talking about the future of the garment industry, stated that “there is now a digitalization transformation through automation of production and logistics processes. This transformation is ushering in substantial improvements in production speed, precision, quality, and supply chain visibility for the benefit of the entire industry.
These new technologies not only benefit the creation of new business models by responding to changing customer needs but also improve working conditions and existing production processes with better management of inventory, safety and health at the workplace, and improved equipment monitoring, etc.”
He informed that after successful and intensive advocacy and lobbying by EFP, the ILO Better Work Program has commenced and over 180 factories had applied for registration, while initially two dozen factories in Karachi, Lahore and Faisalabad are already in the program.