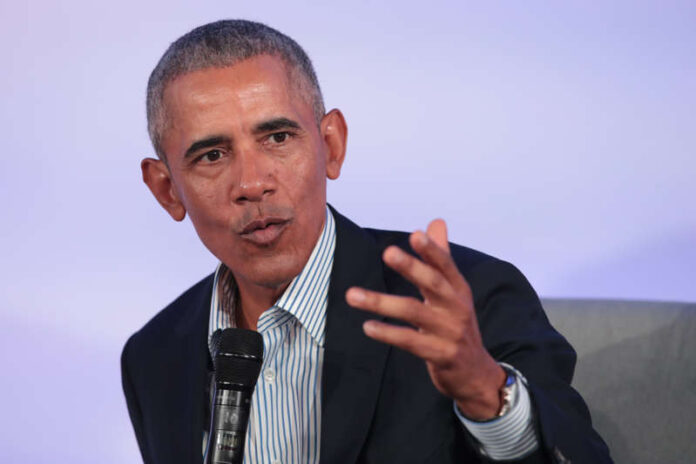 In his role, Obama will have a minority equity stake in the organization, which conducts the NBA’s business in Africa.

“I’ve been impressed by the league’s commitment to Africa, including the leadership shown by so many African players who want to give back to their own countries and communities,” Mr. Obama, who is of Kenyan descent, said in a statement. “That’s why I’m proud to join the team at NBA Africa and look forward to a partnership that benefits the youth of so many countries.”

Created in May in collaboration International Basketball Federation, NBA Africa runs the Basketball Africa League (BAL) — the first internationally-operated professional league from the NBA. The NBA said in a statement that NBA Africa is focused on “expanding the NBA’s presence in priority African markets and Africa’s basketball ecosystem.”

The BAL was formed in 2019 and held its inaugural season in May of 2021. Twelve club teams from 12 African countries took part in the season, which was broadcast to 215 countries and territories in 15 different languages, according to the NBA.

With his NBA Africa partnership, Obama will “help advance the league’s social responsibility efforts across the continent, including programs and partnerships that support greater gender equality and economic inclusion,” the organization said.

According to the NBA, the former president intends to use his stake in the new venture to help fund the Obama Foundation — an educational nonprofit organization founded by both Barack and Michelle in 2014. “As president and through my foundation, I’ve made it a priority to engage Africa’s young people,” Mr. Obama said in a video posted by NBA Africa.

NBA commissioner Adam Silver said the league is “honored” to add Mr. Obama as a strategic partner. “NBA Africa will benefit tremendously from his engagement,” he wrote in a statement.