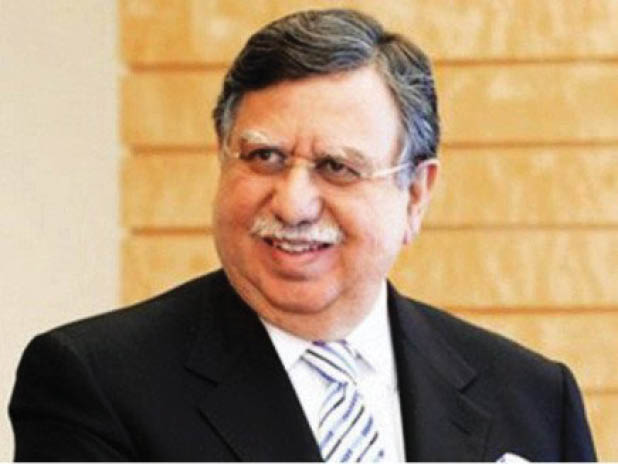 Finance Minister (FM) Shaukat Tareen has said government had to take tough decisions to put the economy on right direction. .

“We had to go to IMF. The growth rate remained 5.37 percent last year. Nobody was expecting growth rate of 5.37%,” he said this while addressing a press conference here Wednesday.

He said government did not allow industrial wheel to stop despite of Corona which badly affected the supply line and caused inflation.

He held that government understands that salaried class is in trouble and we are trying to raise their income.

Tareen further said that government had faced four different crises since 2018. Firstly, PM approached friendly countries and collected money to cover current account deficit crisis and when realized it will not work, approached IMF which further toughened its conditions.

The economy was just stabilizing when the Corona hit the world. Pandemic badly affected the supply line and caused inflation.

Third crisis faced by government was abnormal increase in prices of daily use commodities which was 20 years highest. Increase in the prices of oil further scaled up trade deficit.

Finance Minister said that our government dealt with Corona in the best manner and due to excellent handling of pandemic, The Economist placed Pakistan in first three positions for the third time.

During the pandemic, the government enforced smart lock downs which allowed industries and other business to operate partially. It was a big decision. PM also announced relief packages during pandemic like “EHSAAS” program which is internationally recognized.

This investment of PM caused 5.37% growth in 2021 which was not expected by anyone. Even UK followed our policy of not shutting down businesses.

Fourth crisis was due to evacuation of NATO forces from Afghanistan and Afghan dependency on Pakistan due to closure of Afghan Government bank accounts. This crisis caused great pressure on Pakistani currency.

Tareen said that on the other hand, exports are growing and 4-5% growth is expected. Export level has grown to $ 3 billion from 2 billion. FBR collected record revenue. Utilization of electricity has increased by 13%.

Salaried community is in trouble and government shall take every measure to boost their income. He concluded that economy is heading in the right direction.