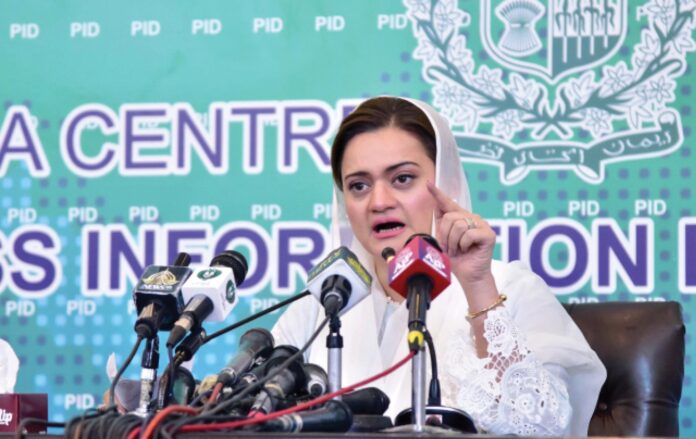 Federal Minister for information and broadcasting Maryum Aurangzeb on Friday announced government will not tolerate any kind of systematic campaign to malign country’s army.
In her response to PTI’s dissident lawmaker Noor Alam Khan’s condemnation of media anchors being allegedly involved in derogatory campaign towards the army, the federal minister said during National Assembly session that government is taking stern notice of any such activity.
Maryum said previously ruling Pakistan Tehreek-e-Insaf (PTI) was behind the social media campaign against the military, adding that she would soon present the data before the house.
On the other hand, National Assembly deputy speaker Zahid Akram Durrani on Friday sought names for the post of leader of opposition. He directed for immediate nomination of the opposition leader and said that opposition’s member of National Assembly (MNA) with majority votes will be the new opposition leader.
Pakistan Muslim League Nawaz (PML-N) leader and Federal Minister Javed Latif in his speech alleged that country’s chief executive was unable to “even transfer a police inspector”.
In his speech, Latif urged judiciary to take suo motu notice of former PM Imran Khan’s claims of army personnel families accompanying him in his political long march. “A suo motu is taken only when we talk,” Latif complained.