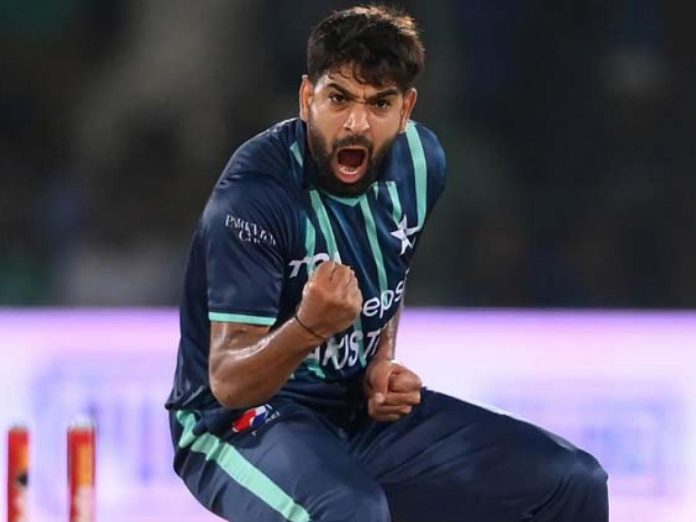 LAHORE
Pakistan fast bowler Haris Rauf can’t wait to take on Indian batters at the Melbourne Cricket Ground (MCG) in ICC Twenty20 World Cup fixture, which he considers will be playing at his “Australian home ground.”
Haris Rauf has been a regular feature for Melbourne Stars in Australia’s Big Bash League (BBL) for the last three years.
“If I give my best, they won’t be able to play me easily. For the upcoming World Cup match, I’m very happy because it is at the Melbourne Cricket Ground. It is my home ground because I play for the Melbourne Stars, and I have an idea of how the conditions play out there. I’ve already started planning on how I would bowl against India,” Haris said after the fifth T20I against England in Lahore.
Haris Rauf has chalked out plans for the next month’s T20 World Cup to befuddle batters in Australia.
“I have played first-grade cricket in Australia for two years and I observed batters over there play cut and pull really well if we give them width. My aim was to bowl within the stumps on the hard length which is an effective ploy. Because at (high) pace, when batter tries to hit towards midwicket on a length ball, it can be your wicket-taking ball,” said Haris Rauf.