By: Amina Bhutta and Hajra Khizar 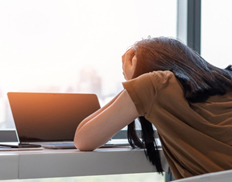 Is technology changing us? In our ever-changing planet, the use of technology is incessantly expanding. We are now connected with technology more than ever and are accustomed to it due to its usage for professional work as well as for entertainment. However it has both positive and negative effects on our mental and physical health particularly in children and adolescents. While the advancement in technology has created ease in our lives, it also had negative impacts.

Covid-19 had caused obstacles everywhere around the world, causing the implementation of social distancing and eventually the lock down. It had become one major reason of increase in technology usage for professional work and entertainment purposes.

Negative effects in adults and teenagers:

Negative effects in children:
As children brains are still developing and growing they can have more serious effects over their brains.

During Covid-19, there has been an increased report on the occurrence of anxiety, obsessive compulsive disorder (OCD), post-traumatic stress and thought problems in children. During quarantine, increased video gaming, online classes, and time spent on social media had psychological and neurological consequences. 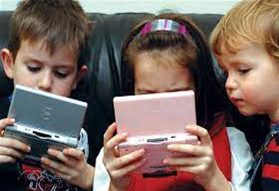 We should use the 20-20-20 rule. This states that “After every 20 minutes of looking on your device look away at a 20 feet object for 20 seconds.” This helps in maintaining self eye health.

Technology is something we use every day. We enjoy it and benefit from it.

But think about before teens had 24/7 access to technology… they would go into their rooms at night and look around, maybe find a book on the shelf and read it. Boredom used to motivate them to try new things and interact with people; make connections. What happens now is that it’s really hard to be that bored anymore. You can pull out your smart phone, browse online, and go through social media. And so it satisfies us enough that we don’t feel like going out or interacting with people.

Social media gives a sense of connectivity, but it does not replace in-person, deeper connectivity in social relationships. There is always the social comparison that the kids are making when they see something that they don’t have. That makes them end up alone, isolated, and depressed.

The solution to this is that we give teens other activities to engage in. It’s not going to be easy, and we cannot expect them to do as we say immediately because we have lost a lot of time as it. By giving them the time that they need, they will feel more confident and re-engage in activities, make new friends, and maintain their old relationships. As their time gets filled with other activities, they will naturally spend less time on their phones scrolling and playing games!

Fallout of the Russia-West Economic War of Attrition