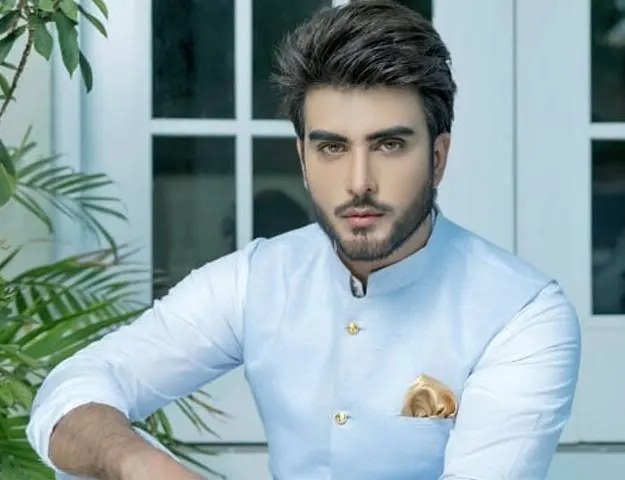 Top-notch Pakistani actor, producer and former model Imran Abbas is conquering the hearts of millions worldwide not just for his exceptional acting skills, but also through his hilarious lip-sync videos.

This time around, the starlet left netizens gushing over his latest fun-filled BTS video, right from the set of the new serial ‘Ehram-e-Junoon’ with the leading lady Neelum Muneer while lip-syncing the song ‘Tum jo kaho’, which went viral across social media platforms.

In the viral video, the duo can be seen performing on the famous track while their expressions were on point. “Fun behind the scene and between the scenes of Ehram-e-Junoon”, the heartthrob captioned the enchanting reel.

Furthermore, the epitome of talent and beauty Muneer also took to her respective social media handle and reposted the video on her Insta reel while sharing her work experience with ‘Khuda Aur Muhabbat’ sensation.

“My first time working with Imran Abbas on a serial is fun”, Muneer captioned along with a smile emoticon.

The joyous reel also grabbed attention of the duo’s huge fan following and managed to garner thousands of like and views from the celebs as well as netizens.

On the professional front, Abbas is currently stealing away the limelight for his epic reels while Muneer is breaking records with her spectacular acting skills in the ongoing drama serial ‘Pyar Deewangi Hai’.