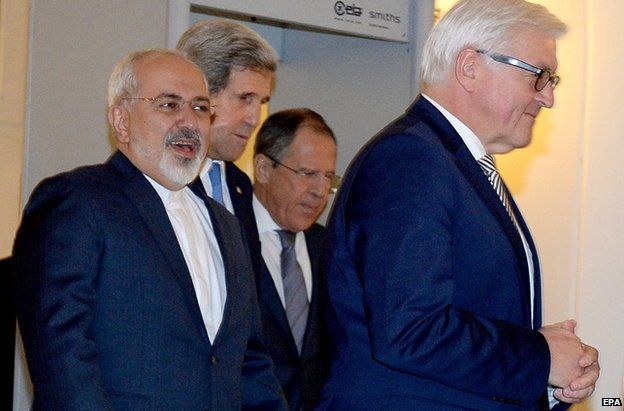 DOHA
Iran said it was “serious” about nuclear talks with the United States but that negotiations could end after just two days on Wednesday, as they try to revive a landmark deal.
The indirect negotiations in Qatar are an attempt to reboot long-running European Union-mediated talks on a return to the 2015 nuclear agreement between Tehran and world powers.
Iran’s chief negotiator Ali Bagheri is set to meet the talks’ coordinator, EU deputy secretary-general Enrique Mora, on the evening of day two in Qatar.
“The two-day talks are not over yet and this evening another meeting will be held between” Bagheri and Mora, Iranian foreign ministry spokesman Nasser Kanani said in Tehran.
“The talks in Doha, which are taking place in a professional and serious atmosphere, were scheduled for two days from the beginning,” Kanani said.
No time-limit had previously been announced on the talks, which are taking place in a Doha hotel with a US delegation headed by special envoy Robert Malley.
An EU source said that the discussions, which come two weeks before US President Joe Biden makes his first official visit to the region, were supposed to last several days. The parties have “exchanged views and proposals on the remaining issues”, Kanani said.
The US State Department meanwhile said that the indirect consultations were ongoing in Doha, but said it had nothing immediately to say about the talks.
A State Department spokesperson said the US was prepared to return to the deal, but reiterated calls for Tehran “to drop their additional demands that go beyond” the scope of the pact.
Differences between Tehran and Washington have notably included Iran’s demand that its Islamic Revolutionary Guard Corps be removed from a US terror list.
‘Trump method’
The arch-rivals are meeting indirectly — passing messages from different areas of the same hotel — to try to break an impasse in attempts to restart the 2015 agreement.
The deal, which lifted sanctions in return for Iran curbing its nuclear programme, was abandoned unilaterally by former US president Donald Trump in 2018. The international talks on reviving the deal had been taking place since April 2021 in Vienna, before the process stalled last March.
Iranian officials earlier said they were hoping for progress in Qatar — but warned the Americans to abandon the “Trump method” of negotiating.
“We hope that, God willing, we can reach a positive and acceptable agreement if the United States abandons the Trump method,” Iranian government spokesman Ali Bahadori-Jahromi said.
He described the “Trump method” as “non-compliance with international law and past agreements and disregard for the legal rights of the Iranian people”.
Foreign Minister Hossein Amir-Abdollahian also said Iran was open to a deal in Doha, but that it wouldn’t cross its “red lines”.
“We are serious” in our desire to finalise an agreement, he said, stressing that his country would not retreat from the “red lines” it has drawn.
“If the American side has serious intentions and is realistic, an agreement is available at this stage and in this round of negotiations,” he said, quoted by IRNA state news agency.
IRNA has previously described the “red lines” as lifting all sanctions as related to the nuclear agreement, creating a mechanism to verify they have been lifted, and making sure the US does not withdraw from the deal.
The deal has been hanging by a thread since 2018, when Trump unilaterally withdrew and began reimposing harsh economic sanctions on America’s arch-enemy.
Soaring oil prices and the lack of spare capacity make this an opportunity for Tehran to push for the lifting of sanctions on Iranian crude, said Alex Vatanka, director of the Iran programme at the Washington-based Middle East Institute think tank.