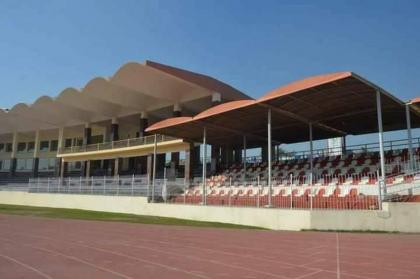 PESHAWAR
The Khyber Pakhtunkhwa Traditional Games organized by the Directorate of Sports Khyber Pakhtunkhwa has officially started from Lakki Marwat amidst great fun and enthusiasm with the local Game “Karaka”.
An old player of the “Karaka” Game Haq Dad Khan was the chief guest on this occasion who formally inaugurated the Games. Deputy Director Sports Jamshed Baloch, notable of the area including Ismail Wazir, Chief Coach of Directorate Sports Shafqatullah and other concerned officials were also present on the occasion.
Samar Kakakhel, Aslam Khan Issa Khel, Ameer Akhtar Padkhel, Khan Badshah Darbadni Khel, Umar Khan, Bacha Khan Ahmadzai, Awal Khan, Shazai and Ishaq Kaka Khel Club teams are participating in the first event of its kind.
The players are participating enthusiastically and a large number of spectators were also present with their cheering hands. The final and prize distribution ceremony of the “Karaka” event will be played on Friday.
Deputy Commissioner Lakki Marwat will distribute prizes among the players soon after concluding of the Game. The Traditional Games will be held in all the regions of the province in first phases and the final round will be played in Peshawar between the winning teams.
Locals and athletes paid tribute to Director General Sports Khalid Khan and Director Sports Operations Azizullah Jan for organizing the event and reviving the Traditional Games, saying that the initiative would help the youth and future generations to learn about their culture.
They will be enlightened and they will keep the games alive by participating in competitions, Jamshed Baloch said. He said, as directed by DG Sports Khyber Pakhtunkhwa Khalid Khan, attention is being paid to Traditional Games along with other sports.
These Games which are popular in every region will be organized as part of the Traditional Games event and the popular Games of the areas would be displayed, Mr. Baloch said. He also paid tributes to the spectators and players including DSO Ismail Wazir and appreciated their services and hoped that they would continue to play their role in the promotion and development of sports.