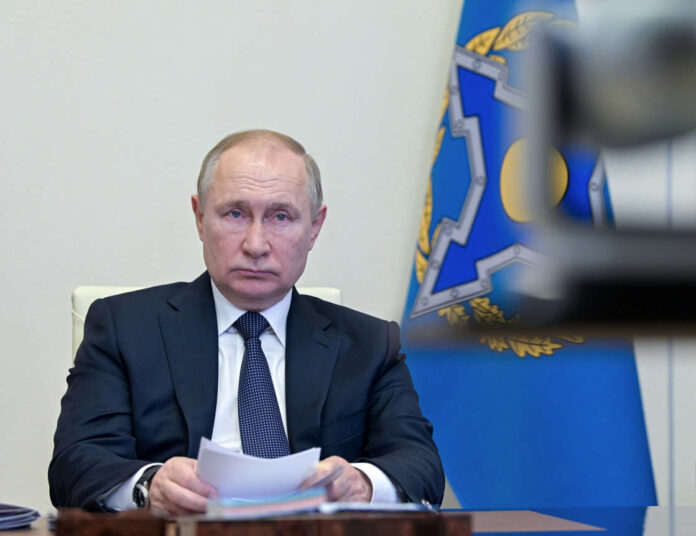 The Kremlin said Thursday that any US sanctions targeting Russian President Vladimir Putin personally would cross a line and could lead to a “rupture of ties”.

On Wednesday, senators from US President Joe Biden’s Democratic Party threatened major consequences if Russia invaded Ukraine, including sanctions on Putin and Russian banks as well as $500 million in fresh security aid to Ukraine.

“Introducing sanctions against a head of state is crossing a line and comparable to a rupture of ties,” Kremlin spokesman Dmitry Peskov told reporters.

The United States and its NATO allies held talks this week with Russia to ease tensions over Ukraine, where tens of thousands of Russian troops have massed on the border.

Two rounds of talks, in Geneva on Monday and Brussels on Wednesday, did not result in any breakthrough.

He said the discussion of sanctions did little to create “a constructive atmosphere”.

For the third round of talks, the world’s largest security body, the Organization for Security and Co-operation in Europe, is meeting in Vienna on Thursday. Little breakthrough is expected there, too.

Peskov said that Russia had no “shortage of political will” to continue meetings but reiterated that Moscow needed to see concrete results.

He added that Moscow expected “concrete” written answers to Russia’s security demands in the coming days.

The high-stakes talks come amid fears of a Russian invasion of its pro-Western neighbour Ukraine. Moscow has demanded wide-ranging concessions from Washington and its NATO allies, which in turn have threatened severe sanctions for any attack.