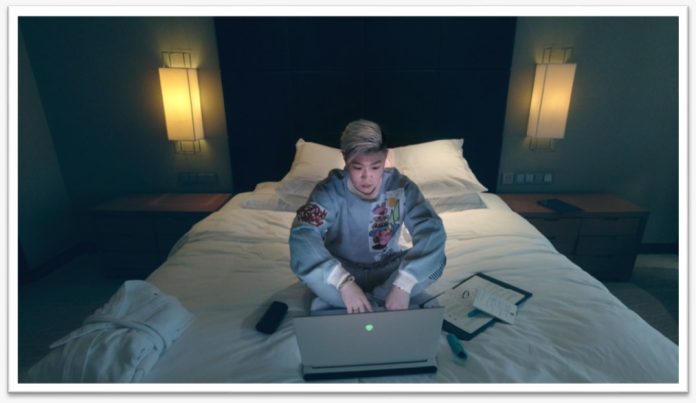 Rising International artist plans to tune Pakistani sounds
Islamabad
Music is a universal language on the entire planet. It is the most indispensable part of the culture. Carrying this spirit of global music forward, a young and renowned globally recognized Chinese artist has made his mark in the world of fusion music.
After three months of release, his creative songs “fake love” and “Stuck inside my brain” got more than 200k streams on Spotify, -a proprietary Swedish audio streaming and media services provider. The lyric music videos are more than 100k views in total on YouTube. It made a micro hit worldwide, as did Pakistan’s young generation’s music scenes.
Gaoming Lu, formerly Gaoming Li and known in entertainment as Lancen Gm, is an award-winning film producer and music artist with a sole display of rave reviews to his ever-growing music kingdom. Born November 25, 1997, Hollywood filmmaker and musician Lancen Gm promises the artistic embrace of musical beauty and conceptual depth to audiences across the board. He has a great understanding of international melody. Recently, he has proven his mettle in his masterpiece of music art. His talismanic melodies and music knacks have the flavor of all cultures, Gen Z worldwide, and millennials.
Examining Pakistani dance-pop music, Lancen Gm believes it involves analyzing various elements of the piece, such as its lyrics, melody, harmony, instrumentation, and production, as well as its cultural and historical context.
He believes that Pakistani sounds these days, especially the famous Coke Studio, you can gain a deeper understanding of its musical and cultural significance and its place within the broader context of Pakistani music and culture.
It is necessary that Pakistani sound the lyrics of the songs and understand their themes and messages, as well as the language and poetry used. Compare and contrast Pakistani dance-pop to other pop music from Pakistan and other countries to understand its place within the global music scene.
He believes that the fusion of international music with Pakistani tune elements will be very successful, which he has been committed to for a long time. While analyzing global and Pakistani music, he also declares that Pakistani dance-pop music may come from different cultural backgrounds, but it has numerous common elements with international sounds.
We must seek out musicians, composers, and other artists from both countries interested in experimenting with cross-cultural music. The artist from both countries tries out different combinations of instruments, rhythms, melodies, and harmonies to see what works and doesn’t.
Inspired by Pakistani sounds, Lancen Gm wishes to work in Pakistani music by collaborating with Pakistani musicians and producers, learning about Pakistani music culture and history, and potentially incorporating elements of Pakistani sounds into their work. They can also perform live in Pakistan or create music videos or recordings featuring Pakistani artists. Additionally, they could work with Pakistani sound labels and distributors to promote their music in Pakistan.
Lancen Gm believes incorporating traditional elements from the global world, such as straight-of-art instruments, rhythms, scales, and melodies, is a great way to create a unique sound. While embracing the differences between the international culture and sub-continent sounds, such as the different languages and vocal styles, use them to your advantage to create new and exciting music.
It’s worth noting that creating a fusion of two different cultures can be challenging and complex, but with careful research, experimentation, and collaboration, it can also be rewarding and exciting.