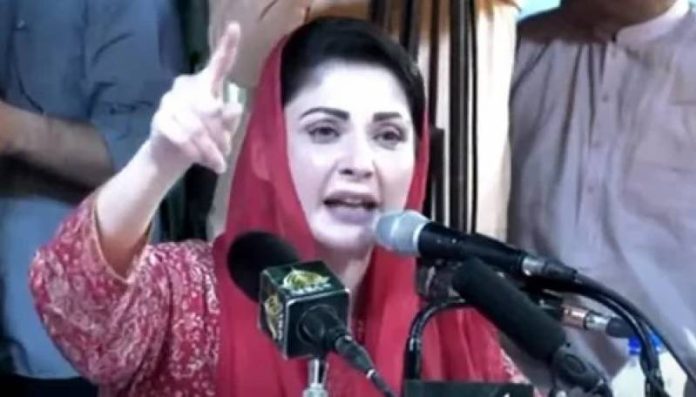 LAHORE
Pakistan Muslim League-Nawaz (PML-N) Vice President Maryam Nawaz has said that cipher is not only a piece of paper, rather it is the trust of the state and those who violate the trust of the state of Pakistan, they should be awarded an exemplary punishment so that a foreign agent in the guise of a political leader can never dare inflict harm on the country after accepting dollars.
In a tweet posted on Sunday, Maryam wrote: First he (Imran) forged (the cipher) and now he says that it has gone missing out of fear that he might be arrested. “This cipher is not just a piece of paper but the trust of the state of Pakistan.
Whoever harms the interests of the state by violating the national trust should be made an example so that no foreign agent dares to damage the country by changing political garb for dollars.” Meanwhile, talking to media persons in Narowal on Sunday, Development Minister Ahsan Iqbal said that the government would not arrest PTI Chairman Imran Khan in any false case. “If Imran is wanted in some case, then even his public rallies cannot save him,” he added.
Iqbal said the former prime minister played a very dangerous game in the history of Pakistan. He violated the Secret Act by losing the cipher. “The audio leak has proved that the Haqeeqi Azadi (real freedom) movement was just a drama,” the minister said adding that whatever money Imran collected in the name of floods, he was spending it on his public meetings.