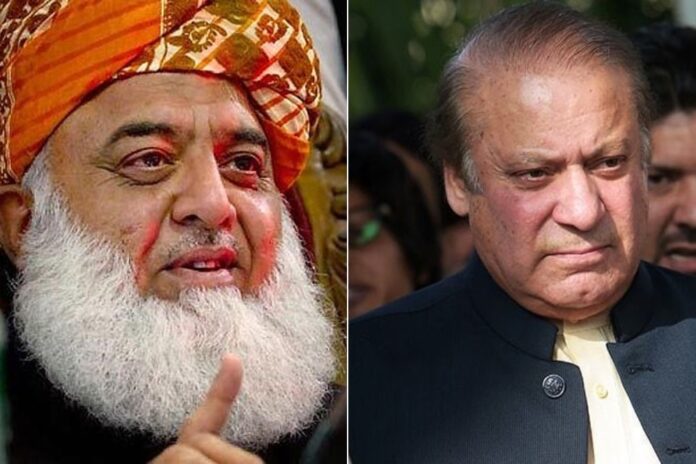 PDM head Maulana Fazlur Rehman and PML-N Supremo Nawaz Sharif have made telephonic contact with each other.

They made extensive consultations in their telephonic conversation on country’s political situation and PDM movement.

Sources said both the leaders during their telephonic talks agreed on accelerating pace of anti government movement.
The matters of long march and in house change were discussed at length in the conversation.

Maulana Fazl while apprising Nawaz Sharif of agenda of PDM said the incumbent government has failed completely. Now time has come the people should be salvaged from the clutches of corrupt government.

Nawaz Sharif has assured that whatever decision is taken from PDM platform, PML-N will abide by it.