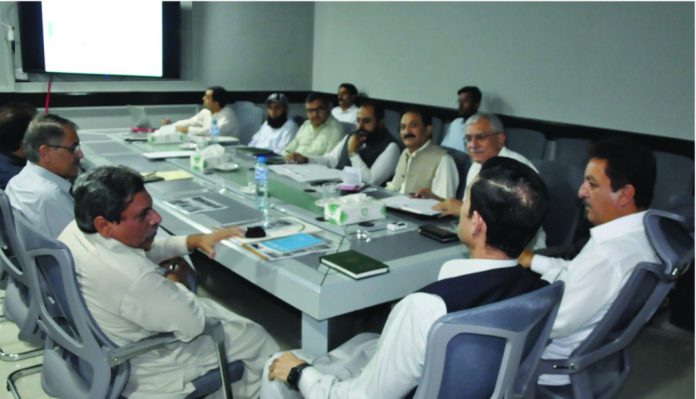 PESHAWAR
An important meeting held here on Thursday with provincial irrigation minister Arshad Ayub Khan in the chair, reviewed progress so far made on the department’s developmental projects in Khyber Pakhtunkhwa.
The forum was informed that at present, work on the Pehur High-level Canal project has been intensified and the project will be completed by December 2023.
Secretary Irrigation Ayaz Khan, Chief Engineers, Project Directors and other relevant officials attended the meeting.
The participants were briefed that important projects under the irrigation department would enable the province sufficient water for irrigation purposes.
The provincial irrigation minister Arshad Ayub Khan directed the concerned officials in the meeting to complete the Siran Right Bank Canal project in district Mansehra as early as possible, adding the project has been designed to irrigate more than 11,000 acres of land in the district.
Arshad Ayub maintained that the agriculture sector of the province will be put on modern lines through strong connection of canal systems across the province, adding that water storage will increase the agriculture production manifold once the ongoing projects of irrigation are completed.
He said that the Pakistan Tehreek-e-Insaf (PTI) provincial government has prioritized the construction of small dams in KP.
The meeting was briefed in detail on the remodeling of Warsak gravity canal and Warsak lift canal system.
The participants were informed about the cost, efficiency, progress and problems of the projects in the province.
Mr Arshad clarified that no compromise would be made on the quality and quantity of constructions proposed for the different irrigation department projects.

We will raise our voice on every forum for the welfare of businessmen: Habib Salarzi