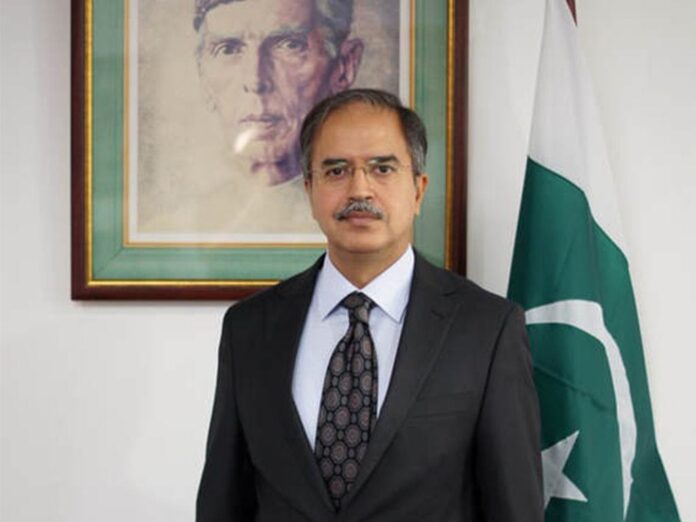 ISLAMABAD
Pakistan on Friday asked the Indian government to immediately investigate the custodial death of Kashmiri leader Altaf Ahmed Shah and hold to account all those responsible for the tragedy.
Speaking at the weekly press briefing in Islamabad, the foreign office spokesperson said: “We are deeply saddened at the inhuman custodial death of Hurriyat leader Altaf Ahmed Shah, who remained imprisoned in the infamous Tihar Jail for the last five years.”
The Indian Charge d’ Affaires in Islamabad was summoned to the Ministry of Foreign Affairs and conveyed Pakistan’s strong protest over the death of Shah caused by the Indian government’s willful and deliberate negligence, and utter disregard for human rights, which was part of India’s systematic campaign to suppress and brutalise the Hurriyat leaders and the Kashmiris, he added.
He said that Pakistan strongly condemned the extra-judicial killing of two more Kashmiris in fresh acts of state-sponsored terrorism by Indian occupation forces in India Illegally Occupied Jammu and Kashmir (IIOJK).
The latest incidents of violence and hostility perpetrated by Hindutva extremists against Muslims in India, during the recent Hindu festivals were a matter of grave concern, the spokesperson noted.
“This is yet another manifestation of the growing ‘saffron terror’ that has deeply permeated the Indian society.”
“We call upon the international community to hold India accountable for its crimes against humanity in Occupied Jammu and Kashmir and to take cognisance of the rapidly deteriorating situation of Islamophobia in India and the resultant threat to the safety and security and well-being of its Muslim citizens and other minorities,” the spokesperson added.
He said that the Pakistan government rejected the Indian Prime Minister Narendra Modi’s remarks about IIOJK during a public rally in Gujarat.
“The Indian prime minister’s farcical contention that he has, somehow, ‘resolved the Kashmir issue’ is not only false and misleading but also reflects how oblivious the Indian leadership has become of the ground realities in IIOJK.”
He pointed out that Jammu and Kashmir was an internationally recognised dispute that had been on the agenda of the United Nations for over seven decades awaiting a just and peaceful resolution in accordance with the relevant UNSC resolutions and wishes of the Kashmiri people.
He said that Pakistan-China Spokespersons’ Dialogue was held virtually on October 10.
It was an occasion to exchange views on strengthening cooperation in the domains of media and public diplomacy to project the strategic partnership, shared objectives, and people-to-people linkages,” he added.
A group of UN Disarmament Fellows comprising officers from 24 countries visited Pakistan from October 8-10 as part of the international study tour under the auspices of the UN Office for Disarmament Affairs (UNoDA).
They visited various institutions and state-of-the-art facilities, and were also briefed at the foreign office, he informed.