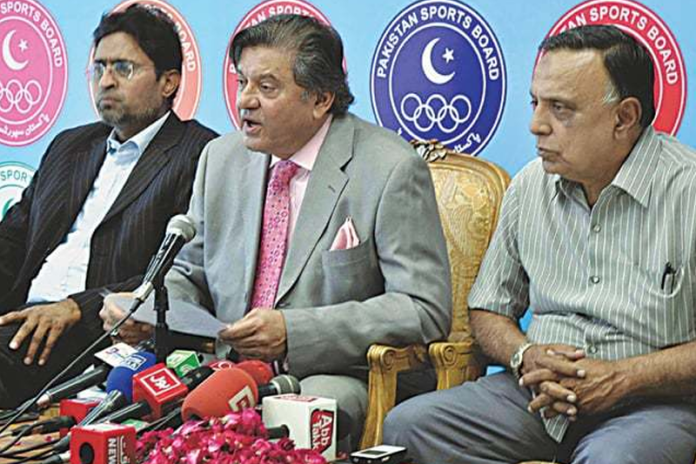 LAHORE
The ongoing gulf between the Pakistan Hockey Federation and the Pakistan Sports Board over holding fresh elections of the federation has increased further as it seems PHF president retired Brig Khalid Sajjad Khokhar has decided to conduct the elections himself instead of giving this role to the committee already appointed by the PSB.
In a latest development, Nasir Ali, a member of the PSB-appointed committee, while ignoring the latest PSB instructions, which had directed the committee a couple of days ago not to hold the elections till a reply of a summary sent to Prime Minister Shahbaz Sharif was received, has continued to work on holding the elections.
Chaudhry Riaz, an advisor of the Azad Jammur and Kashmir government, who was announced as PHF election commissioner by Nasir last week, held a meeting with acting PHF secretary Haider Hussain at the PHF offices on Saturday and discussed the programme of the elections, according to a press release issued by the PHF on Saturday.
Interestingly, two other members of the PSB committee (Rehan Butt and Arshad) did not feature in Riaz’s meeting with Haider who was appointed by Brig Khokhar in place of Asif Bajwa late last month.
According to sources, the fresh step taken by Brig Khokhar would increase differences between the PHF and the PSB.The PSB on July 21 appointed a four-member committee for holding the elections within 30 days after the incumbent federation did not hold elections as the tenure of its office-bearers ended in May 2022.
The committee also included Brig Khokhar as a member.
According to the PHF constitution, the PSB has no authority to conduct the elections of the federation. If the PSB did so, the move could be termed interference by the PSB in PHF affairs which could lead to the International Hockey Federation (FIH) suspending Pakistan’s membership.