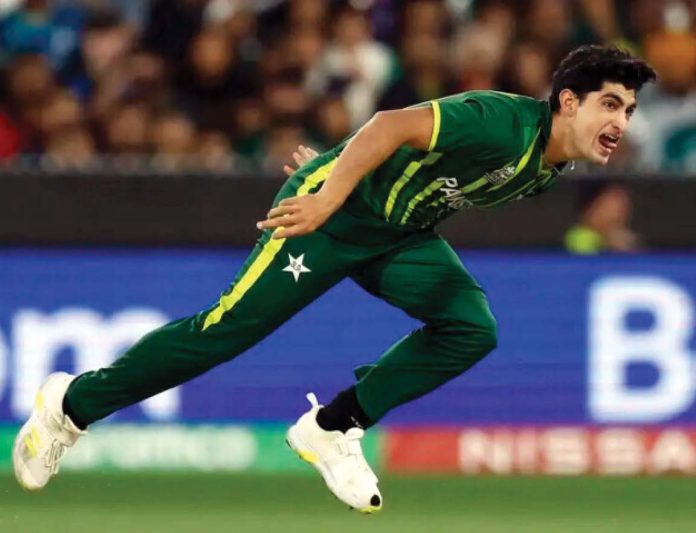 Rawalpindi
When England pace bowler James Anderson made his entry into Test cricket in 2003, Pakistan’s Naseem Shah was barely three months old.
On Thursday they will be spearheading their respective team’s pace attacks in Rawalpindi with England playing their first Test on Pakistan soil for 17 years.
The precocious Shah, 19, showered praise Tuesday on Anderson, saying he hopes to learn from the 40-year-old veteran.
“He is a legend,” said Shah after training at Rawalpindi Stadium.
“I have learned from him and will [continue to] learn from him.”
Shah has made rapid progress since his Test debut in Australia in 2019.
That year he also became the youngest fast bowler to take five wickets in a Test — against Sri Lanka in Karachi at the age of just 16 years and 307 days.
Two months later he became the youngest to a Test hat trick, against Bangladesh in Rawalpindi.
Despite his own record, Shah is full of admiration for Anderson, whose 667 Test wickets are eclipsed only by Sri Lankan Muttiah Muralitharan (800) and Australian Shane Warne (708).
‘Knows everything’
“I think it is a big achievement for him that he is still playing and is very fit … that shows how much hard work he has been doing,” he said.
“He knows everything about bowling, having played everywhere in the world, so he is one of the best.”
Shah relishes the challenge of leading Pakistan’s pace attack in the absence of his illustrious new ball partner Shaheen Shah Afridi, who will miss the series with a knee injury.
“Shaheen was also injured in Sri Lanka [in July] so even then I took responsibility and I am again ready for that,” said Naseem.
“When your best bowler gets injured it makes a big difference, so we have to take that responsibility, use the new ball well.”
Besides Shah, Pakistan have three uncapped pace bowlers in Haris Rauf, Mohammad Wasim Junior and Mohammad Ali.