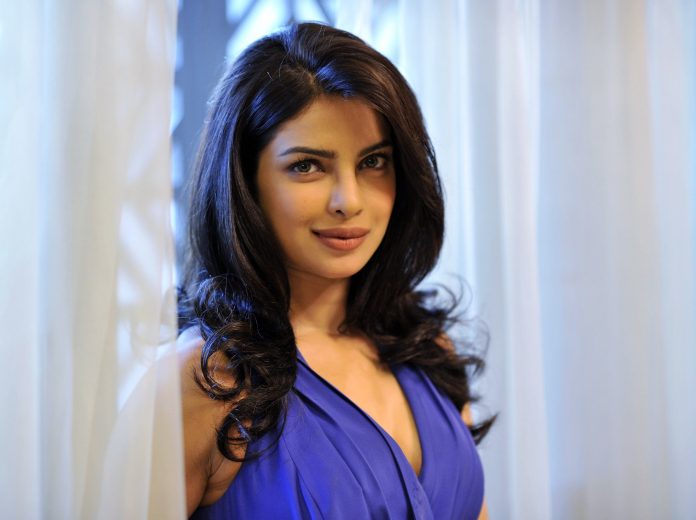 Actor Priyanka Chopra has given fans glimpses inside her London trip full of selfies and dinner. Taking to her Instagram Stories on Tuesday, Priyanka posted a mirror selfie as she stood inside an elevator. The actor struck a pose as she looked at her phone. For the outing, Priyanka wore a purple dress, a matching coat, and heels. She also carried a small bag. Priyanka geo-tagged the location as London, UK)
Earlier, Priyanka posted a picture with her crew members as they stood inside a kitchen of a restaurant. All of them smiled and laughed as they posed for the camera. Sharing the picture, Priyanka said, “That’s a crew..(red heart emoji).” She also added the hashtag–London life. Priyanka also tagged all her friends.
Priyanka also gave a glimpse as she sat at a table ahead of dinner in the restaurant, Strakers London. In the photo, a selfie clicked by Priyanka, two of her friends posed with her. The original post was shared by Instagram user Dana Supnick Guidoni. The caption of the post read, “V excited for dinner tonight @strakers__ . All things…(butter emoji) @thomas_straker.”
Priyanka posted a mirror selfie as she stood inside an elevator.
Priyanka’s London trip comes just days after she hosted the screening of Chhello Show (Last Film Show) in Los Angeles. Sharing pictures from the event, Priyanka captioned it, “The least I can do is always support the industry that taught me all I know about my job. So proud of the amazing movies that come out of Indian cinema. Chhello Show being one of the special ones. Good luck team! Go get ‘em.”
She also wrote, “P.S. Chhello Show (Last Film Show) – a regional language movie (Gujurati) which has been selected as India’s Official Entry to the Best International Feature Film category at the 95th Academy Awards. Written and directed by Pan Nalin, this incredible film revolves a 9 year old’s @iambhavinrabari fascination with Cinema. P.P.S. Thank you @_iiishmagish for lending the team your LA home for the screening!”
Priyanka will be seen in two projects– It’s All Coming Back To Me, and the series Citadel. It’s All Coming Back to Me will release in the US on February 10. The movie is based on the 2016 German film SMS fur Dich by Karoline Herfurth, Deadline reported.
Citadel is a science fiction drama created by the Russo brothers. Priyanka is expected to start shooting for Farhan Akhtar’s directorial Jee Le Zaraa in 2023. The film will also star Alia Bhatt and Katrina Kaif in lead roles.