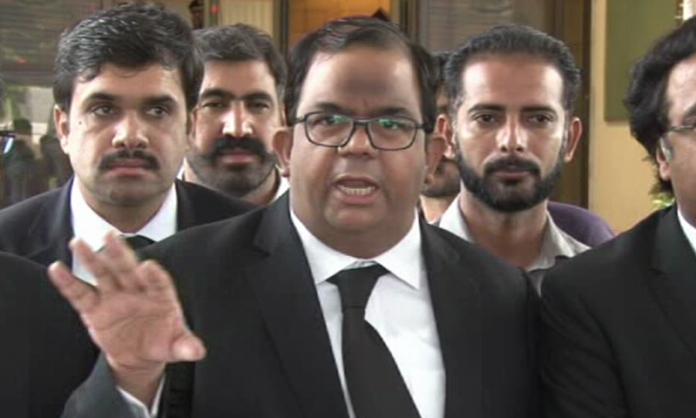 The PTI on Friday moved the Supreme Court against the Lahore High Court’s (LHC) order to recount the votes cast in the Punjab chief minister election held on April 16 excluding those cast by 25 dissident PTI lawmakers.

The LHC had passed the order on Thursday while hearing the PTI and the PML-Q’s pleas against Punjab CM Hamza Shehbaz’s election and oath-taking.

According to the high court, if the required majority for Hamza — which is 186 votes in the 371-member strong house — to stay the CM is not secured, the election will be held again under Article 130(4), unless another candidate has majority votes.

According to Article 130(4), in the second round of voting, a member will not require 186 votes but simply needs a majority of those “present and voting” to be elected the chief minister. A session of the Punjab Assembly (PA) has been convened today at 4pm in accordance with the court’s directives.

The province of Punjab through the chief secretary, PA Deputy Speaker Sardar Dost Muhammad Mazari, the principal secretary to the Punjab Governor, the PA secretary and Punjab CM Hamza were named as respondents in the PTI’s petition.

PTI members Mohammad Sibtain Khan, Zainab Umair. Mian Muhammad Aslam Iqbal, Syed Abbas Ali Shah and Ahsan Saleem Baryar asked the apex court to modify the LHC order to the “extent of provision of adequate and sufficient time to hold [the PA] session” so that members could be issued notices and were able to “exercise their right to vote for the election of the Punjab chief minister in [a] fair and transparent manner”.

The petitioners urged the court to remove Hamza as CM pending the election process and requested it to issue directives for holding a “free and fair” election for the post of the province’s chief executive.

Moreover, they requested the court to suspend the election process till the pendency of their petition.

And “since the 25 votes of defectors are admittedly not to be counted, there is no need to repeat that exercise of recounting and hence the notification issued for the chief minister is liable to be quashed as duly noted in the minority judgment,” the petition added.

In the petition, the party also said that three of its MPAs were currently not in Pakistan as they had gone to Saudi Arabia to perform Haj. “Eidul Azha is only nine days away, therefore, many members of the provincial assembly are busy in their hometowns and are unable to participate in the proceeding[s] on such a short notice,” the petition added.

The PTI also pointed out that lawmakers on five reserved seats in the PA had still not been notified in accordance with the LHC’s earlier directives. On Monday, the high court had instructed the Election Commission of Pakistan to notify PTI members on the five reserved seats which had fallen vacant following the de-seating of the dissident lawmakers.

The party also argued that many MPAs were busy with the political campaign in their constituencies for the upcoming by-elections in the province. Therefore, the PTI and the PML-Q were at a “great disadvantage” as three MPAs were away on Haj, five were yet to be notified, 20 were busy in their constituencies and six were “available” due to domestic engagements, the petition said.

“The honourable learned high court has erred to appreciate that any political process requires fairness with due and adequate notice […] the direction to hold the session on such short notice undermines the whole stance by giving relief to the petitioner and (strangely) putting his political party at the disadvantageous position at the very same time,” it said.