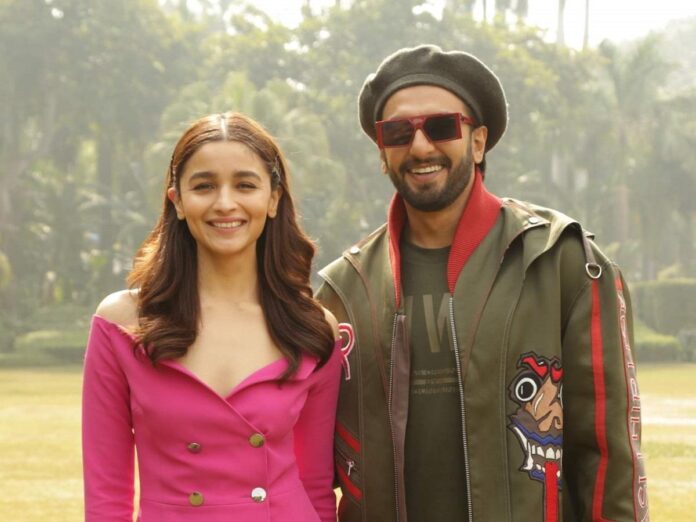 Karan Johar, Alia Bhatt and Ranveer Singh recently came together to announce the official commencement of their project, Rocky Aur Rani Ki Prem Kahani, which also stars Dharmendra, Jaya Bachchan and Shabana Azmi.
Ranveer and Alia were seen in a video with Karan, who is wielding the megaphone after a gap of five years (his last release was Ae Dil Hai Mushkil). Manish Malhotra was also a part of this. The film’s team was seen shooting a set of important scenes in an office complex in the suburbs earlier this week. Last weekend, a technical team from the film had gone to the office building to set up a news channel’s office called India Now Network, in which Alia’s character Rani is employed. She is said to be playing a news anchor. The team took two days to create the sets on two different floors of which the 8th floor’s design was finalised by Karan.