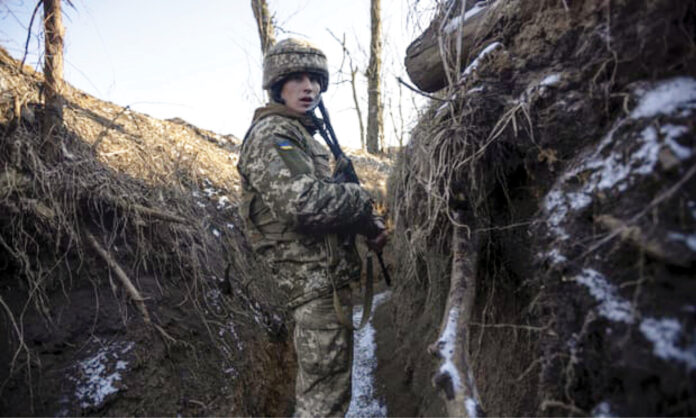 Moscow calls for Nato forces to exit Romania and Bulgaria as Blinken plays down chances of quick fix
Ukraine
Diplomats from Russia and the US are to hold crucial talks as a weeks-long standoff over Ukraine teeters on the cusp of a pivotal and potentially violent phase, with rising concerns that Europe may again be beset by war.
Intelligence services in Ukraine claimed to have evidence that Russia was secretly moving weapons and oil into eastern Ukraine.
The US secretary of state, Antony Blinken, and Russia’s foreign minister, Sergey Lavrov, will meet in Geneva – once a key cold war crossroads – in an attempt to avert a possible Russian invasion of Ukraine amid Moscow’s demands for concessions from Nato over its relationship with the former Soviet republic.
On Friday morning, Russia appeared to toughen its stance ahead of the day’s talks. Its foreign ministry said Moscow was seeking guarantees from the west that included provisions requiring Nato forces to leave Romania and Bulgaria, countries that joined in 2004. That demand underscores the extent to which Vladimir Putin is seeking to recreate the Soviet Union’s old sphere of influence.
The previous round of Russian-US talks on 11 January lasted eight hours, but the discussions at the President Wilson Hotel in Geneva are billed as briefer to see if there is any basis for diplomacy.
Blinken on Thursday played down any prospects of an immediate fix in the Geneva talks, which will run for about two hours, saying any resolution to the difficult issues involved “won’t happen quickly” and was certainly not expected by Friday.
Washington and its allies have repeatedly promised “severe” consequences such as biting economic sanctions – though not military action – against Russia if an invasion were to go ahead by the 100,000 Russian troops who have been positioned near the Ukrainian border for weeks.
The US president, Joe Biden, caused confusion among his allies just before the Geneva meeting when he hinted that western sanctions would depend on the extent of a Russian invasion. He distinguished between a “minor intrusion” and an invasion, but he has now retracted that remark after an outcry in Kyiv.
Separately, Nato’s secretary-general, Jens Stoltenberg, has invited Russia to attend a second meeting of the Nato-Russia council in which Nato would put forward detailed plans on confidence-building measures, arms control, including intermediate missiles and cyber warfare.
On Thursday, Liz Truss, the UK foreign secretary, warned Russia that any invasion of Ukraine would only lead to a disaster on the scale of the Soviet-Afghan war. Speaking at the Lowy Institute in Sydney, Australia, Truss framed the conflict in Ukraine as part of a wider dispute between what she saw as liberal states and autocracies, including Russia and China.
She urged Vladimir Putin to “desist and step back from Ukraine before he makes a massive strategic mistake”. The Kremlin, she said, “has not learned the lessons of history” and an “invasion will only lead to a terrible quagmire and loss of life, as we know from the Soviet-Afghan war and conflict in Chechnya.”