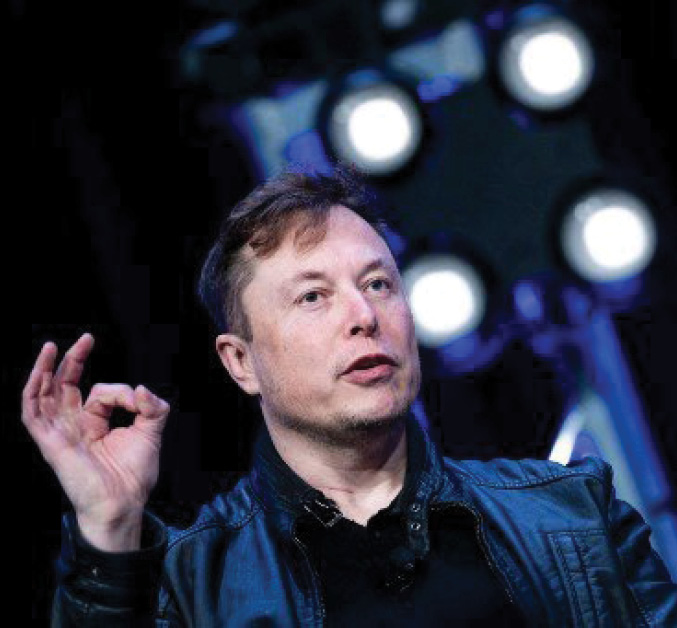 CALIFORNIA
Twitter’s board has recommended that shareholders approve the $44 billion sale of the company to billionaire businessman Elon Musk, the latest regulatory filing has shown.
The proposed deal is fair and it is in the best interests of Twitter and its stockholders, a US Securities and Exchange Commission filing said.
Twitter’s board of directors “unanimously determined that the merger agreement is advisable, and the merger and the other transactions contemplated by the merger agreement are fair to, advisable and in the best interests of Twitter and its stockholders”, the filing said.
“Twitter’s board of directors unanimously recommends that you vote for the adoption of the merger agreement … [and] for the compensation that will or may become payable by Twitter to its named executive officers in connection with the merger.”
The National UAE revealed they also recommended the adjournment of the special meeting, “from time to time, to a later date or dates, if necessary or appropriate, to solicit additional proxies if there are insufficient votes to adopt the merger agreement at the time of the special meeting”.
Mr Musk, who announced the $44bn offer to acquire Twitter in April, confirmed during a meeting with Twitter staff last week that he wants to have at least one billion people on the platform, up from the 229 million users at present. However, there was little clarity on how the deal to buy the social media platform was progressing.
The microblogging site’s share price is down more than 10 per cent since the start of this year. It was trading at $38.5 a share, up almost 1.9 per cent. While the deal to buy Twitter is supposed to be finalised by the end of this year, Mr Musk said last month it had been temporarily put on hold pending details on the number of fake accounts on the site.
The chief executive of the world’s biggest electric vehicle maker, Tesla, entered into a public spat with Twitter chief executive Parag Agrawal over the company’s estimates of spam accounts and said the deal could not move forward unless the company provided proof that less than 5 percent of its users were fake. If Mr Musk decides to abandon the agreement, he would have to pay the social media company a $1bn break-up fee. Mr Musk told the Qatar Economic Forum via video conference that the deal to buy Twitter continues to face “unresolved matters’’.