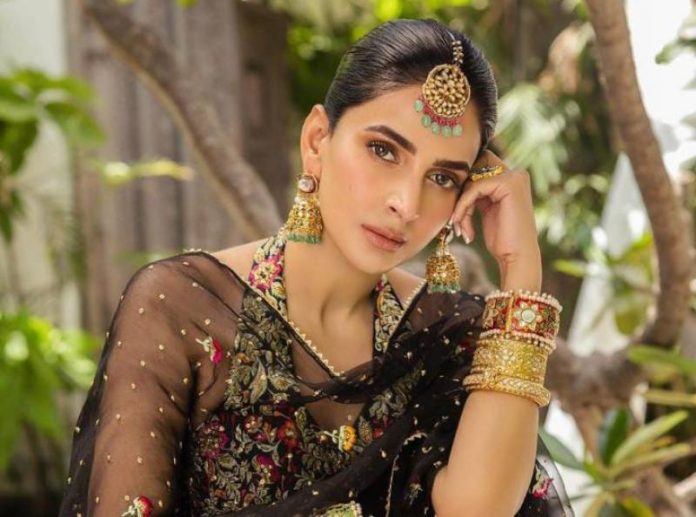 Iconic Lollywood actress Saba Qamar has achieved many things in her life yet her wish list remains incomplete.

Playing the role of a strong-headed woman politician has been one of her greatest wishes and it has been fulfilled. The Baaghi diva was recently roped in for a web series based on political themes and Qamar will be seen in pivotal roles. The diva herself confirmed the news earlier with her scintillating and jaw-dropping pictures on Instagram.

Fans will see the Kamli actress as a stateswoman named Uzma in her upcoming project titled Mandi. Mandi also features Mikaal Zulfiqar, Ainy Jaffri and Shayan Khan. Without sharing minute details of the web series, the A-list stars have confirmed the project is in production.

Netizens and critics have been speculating that Qamar’s character is inspired by PML-N Vice President Maryam Nawaz’s role in politics. However, there has been no confirmation from anyone from the upcoming project.

During a recent interview, Qamar expressed her wish to portray renowned Pakistani politicians. The Thakan actress said, “I am excited about essaying a politician because their lives have so many layers. They are a different person when engaging with the public, different when they are home with their families, and someone else when they are with their peers. It’s fascinating. Politicians are no less than actors. So, I do think it’s relatable.”