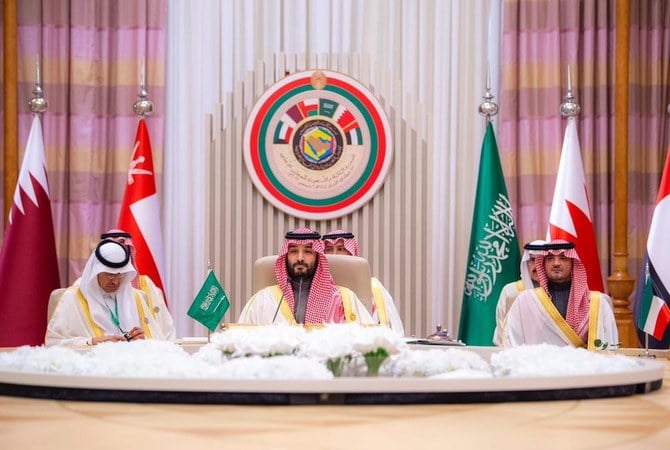 In his welcome address, the crown prince said that the Kingdom intends to present new vision to boost development of Gulf states, and has urged cooperation to achieve desired goals.

He also reiterated the Kingdom’s ‘full support’ for reaching political solution in Yemen and urged Iran to be committed to nuclear agreements. On energy, the crown prince said that the Gulf will remain a reliable source of energy to the world.

More Arab leaders arrived in Riyadh on Friday to participate in the Riyadh Arab-China Summit for Cooperation and Development.

Egyptian President Abdel Fattah El-Sisi and his delegation were among the first to arrive. They were welcomed on Thursday at King Khalid International Airport by Prince Mohammed bin Abdulrahman bin Abdulaziz, Deputy Governor of Riyadh; Ahmed Aboul Gheit, Secretary General of the Arab League, and other senior officials.

Kuwait’s Crown Prince Mishal Al-Ahmad Al-Jaber Al-Sabah also touched down in Riyadh to participate in the Arab and Gulf-Chinese summits to be held during his visit.

Later on Thursday, the presidents of Yemen, Tunisia, Mauritania, Djibouti, and Comoros arrived in Riyadh, along with the prime ministers of Algeria and Lebanon as well as the Omani deputy prime minister.

Xi arrived in Saudi Arabia on Wednesday as part of a three-day visit to the Kingdom.

He was invited by King Salman to attend a Saudi-Chinese summit in the Kingdom, which will run until Dec. 9.

Aboul Gheit said, in an SPA report, the Riyadh Arab-China Summit adds “momentum to the relations and reflects the political will of the Arab and Chinese sides, expressing hope for such summits to be held periodically to preserve momentum of these ties.”

The establishment of the China–Arab States Cooperation Forum contributed to making a real breakthrough in the Arab-Chinese cooperation, where the two sides now have more than 20 cooperation mechanisms in various political, economic, cultural, media and development fields, he added.
The secretary general noted that economic relations between the two sides were steadily increasing, adding that the volume of trade exchange between China and Arab countries has risen to about $330 billion in 2021 from about $36 billion at the time of the forum’s establishment.

He also reviewed cooperation aspects between the Arab side and China during the COVID-19 pandemic and their efforts in facing this pandemic, saying: “All of us know that crises test the true friendship among peoples and countries.”

“During the pandemic, I think China and the Arab states have succeeded, especially that we have witnessed a clear exchange of support between the two sides in confronting the COVID-19 pandemic.”