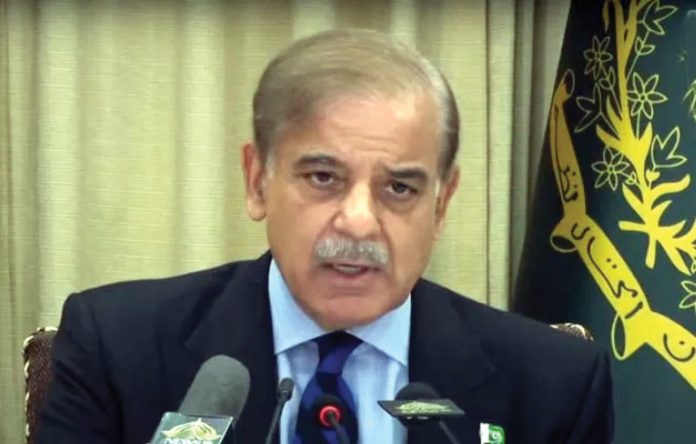 The premier’s remarks come days after he concluded a three-day trip to the kingdom during which the two leaders resolved to upgrade bilateral ties and fraternal bonds.

Speaking at the passing out parade of the Specialised Training Programme (STP) batch of the National Police Academy in Islamabad today, the premier talked about his meeting with the Saudi prime minister earlier this week.

“Earlier this year, a team from the Saudi Development Fund visited Pakistan. During a meeting with me, they complained about delays in projects in Pakistan caused by the previous government,” he recalled.

“Trust me, it was very embarrassing. But I asked for some time and got approvals for all the delayed projects within 48 hours,” Shehbaz said.

The prime minister said that during his meeting with Prince Salman, he apologised for these delays. “He (Prince Salman) said that the people of Pakistan and Saudi Arabia were closely bound together in a relationship. ‘We are like one family and I am ready to do everything’ […] these were his words.

“The Saudi prince also told us to work on projects and to facilitate them without any worries,” PM Shehbaz said, elaborating that the projects included an oil refinery which was worth $10 billion.

Hence, he added, when Prince Salman visits Pakistan, “I want all of you to welcome him warmly because he comes from a brotherly country”.

The prime minister said that in the last few years, Pakistan’s relations with friendly countries had suffered and promised that he was making all-out efforts to mend ties.

“I am visiting China soon and I will request them too. China has been an all-weather friend to us and always stood with Pakistan.”

PM Shehbaz also briefly said that there was no reason to “ruin ties with the USA”. However, in the same breath, he promised that the government was trying to mend that relationship as well.

“I believe that we should learn from our past mistakes. I swear by God, Pakistan has been blessed, and had we taken advantage of all these blessings, Pakistan would have been the most going (sic) country in the world.”

“We have everything in the country. If there is something missing, it is the will to do,” he added.

At the outset of his address, the prime minister appreciated the sacrifices rendered by the police in protecting the country from terrorism and crime.

He emphasised the need to protect citizens from negative elements and urged the police force to make the counter-terrorism department of Islamabad an example for other provinces.

Talking about flood victims, PM Shehbaz said that he was actively working on providing them with relief, and hundreds of billions of rupees were being arranged to fund flood rehabilitation through international avenues.